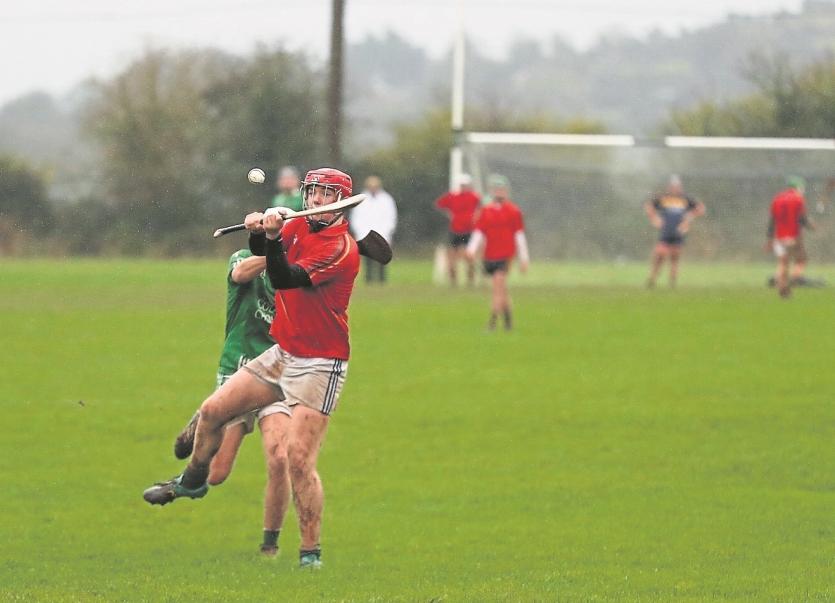 JOHN the Baptist Community School’s fading hopes of progressing to the knock-out stages of the Dr Harty Cup were dashed by St Colman’s College in their 0-15 to 0-6 defeat at a wet Kilfinane on Wednesday.

John the Baptist, who had lost their opening two group games against Nenagh CBS and Thurles CBS, needed a big victory over St Colman’s and results to go their way elsewhere in order to progress to the quarter-finals.

However, despite producing a battling, gritty performance in filthy wet conditions, the Limerick side simply didn’t have the quality to  upset their opponents.

John the Baptist made the best possible start, firing out the opening two points through Darragh Butler and Pa Reale inside four minutes.

However, St Colman’s soon settled and outscored their opponents by 0-7 to 0-2 for the rest of the half, with Ethan Dorney and Darragh McAuley, from a free, scoring for Hospital.

However, facing into just a three point deficit at half-time, 0-4 to 0-7, John the Baptist remained very much in the contest.

However, the fast start to the second half the Limerick side craved in the heavy underfoot conditions never materialised.

St Colman’s pulled clear in the second half, led by their impressive centre half-back Daire O'Leary, and the Cork side succeeded in keeping Hospital scoreless for the entire the third quarter.

St Colman's outscored their rivals 0-8 to 0-2 in the second period to close out a deserved victory.