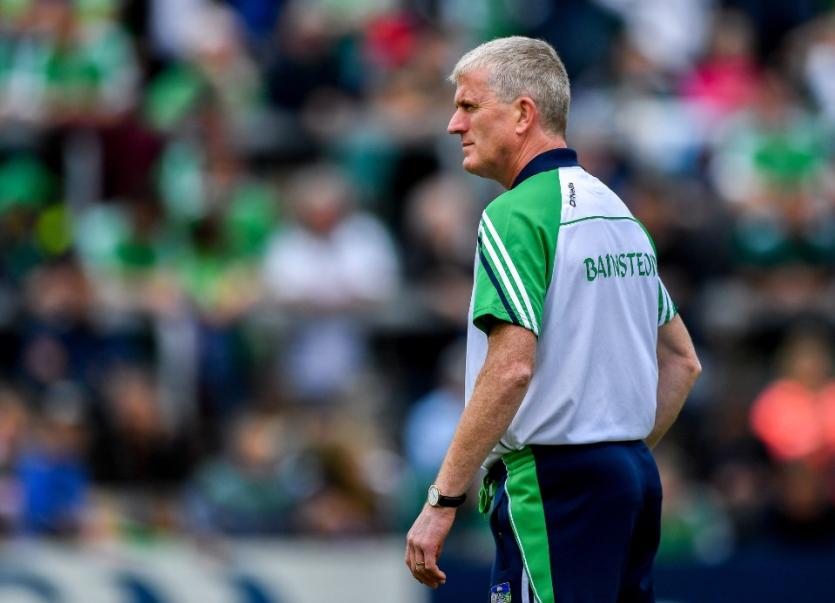 ALL eyes now on 2020 according to Limerick hurling manager John Kiely as his panel return to Ireland this Monday after the weekend’s New York Classic.

Winners of the Players Champions Cup this time last year in Boston, Limerick beat Wexford 52-20 in Saturday’s semi final but lost to Kilkenny in the final, 64-40.

All games were played in the home of Major League baseball side, The New York Mets with an attendance of 11,214.

John Kiely said that the Super11s event stateside brings an end to the 2019 season for his Limerick side.

“We have a lot of work to do but today brings a wrap on 2019 for us - we will regroup in the next few weeks and start planning out our training regime for the coming year and there is no reason why we can’t be as competitive as we were last year,” said Kiely.

”Obviously it comes down to taking your chances and a bit of lady luck but we will look forward to 2020 with optimism,” he stressed when speaking with media immediately after the final defeat to Kilkenny.

Defeat to Brian Cody’s Cats was a repeat of the All-Ireland SHC semi final.

“It was a good game - we had plenty chances in the first half and Eoin Murphy made some amazing saves and maybe we made it a little too easy for him. All told it was a good afternoon's work from our boys - we put in two really good shift in the two games and I’ve no complaints,” said Kiely.

The Super11s is played under different rules, with a smaller field, 11-a-side team and only goals.

“It’s a good format and probably a format that we would be used to in terms of our training games when we use similar type games. The players enjoy it and there are plenty scores with just goals - it’s a good format,” said the Limerick manager.

“What an opportunity for these players to come over and they have now played in Fenway Park and not Citi Field - that’s once in a lifetime stuff. It’s a great honour and privilege. I am very proud to be with the boys because these are memories for a lifetime - it’s a rare privilege and we are honoured to be here,” said John Kiely.

But the New York Classic is about more than hurling and that's not lost on the Limerick manager.

"Last year when we came over we got an understanding of what it means to be an Irish person living in America, who might not get home that often and how much it meant to them when we came over last year. People from Limerick getting together and celebrating that their team is in town and they can go and watch them play," outlined Kiely.

"There are a lot of second generation Irish-American people who are playing the game here who have probably never been to a game in Ireland and we’re trying to encourage them to join their local GAA club and get involved. It makes it an awful lot easier when they have matches like this to go to. For them to have the stars and heroes here means an awful lot."

Ahead of the Saturday games, Limerick had a meet-and-greet with the club members of Rockland GAA club and also attended a Club Limerick night time event.

"We were up in Rockland and it’s a fantastic facility. We spent an hour there and did some training and met the local kids and a lovely bit to eat," recalled Kiely.

"We have a new group set up here in New York - Club Limerick New York is like a supporters group and they had a fantastic function last night in Rosie O’Gradys. There were 400 people there and for us to have a group of people like that who are supporting us is great."