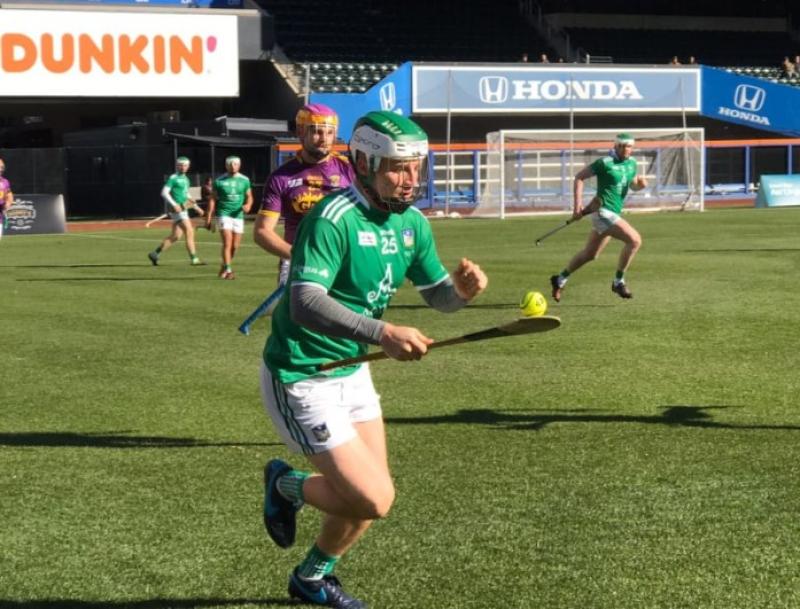 DEFEAT for Limerick in the final of the New York Hurling Classic this Saturday.

John Kiely's Limerick were beaten 64-40 by Kilkenny in the final after the boys in green had overcome Wexford in the semi final.

Limerick won this Players Champions Cup last year but Kilkenny were ahead for most of this final to dethrone the holders in this Super11s event, which is played under different rules, with a smaller field, 11-a-side team and only goals.

Kilkenny pulled away in the second half to win by 24-points.

It was reigning champions Limerick who did all the early running in the showpiece event and they took the lead through Paddy O’Loughlin after just 80 seconds with a cool finish from inside the box.

They found Eoin Murphy in particularly resolute form in the Kilkenny goal thereafter, however, and failed to build on their dominance.

Limerick briefly restored parity through quickfire scores from Pat and Colin Ryan and the game was tied 12-12 at the mid-point of the half but then the men in black and amber tagged on a number of six-pointers.

A surging run from Gearoid Hegarty and a penalty from Pat Ryan brought Limerick back within a score, but Conor Fogarty’s brilliant strike from a corner on the stroke of half time saw Kilkenny take a healthy 12-point lead at the break.

Limerick showed signs of resistance after the interval, scoring twice through Colin Ryan and Aaron Costello to reduce the arrears to just four points, but they would crucially not score again for a full 15 minutes and Kilkenny showed no remorse.

Pat Ryan emphatically converted a penalty to suggest that a fightback was on the cards but Kilkenny moved ruthlessly to snuff out any chance of a comeback.

This time last year John Kiely's Limerick hurlers won this trophy when they beat Cork and Wexford to win the Fenway Classic in Boston.

This time round, the Super11s Hurling moved to New York with all games in Citi Field, Queens which is the home Major League Baseball side; the New York Mets.

Limerick missed two early penalties and it was Davy Fitzgerald's side that opened a 6-0 lead.

Limerick’s response was impressive - Paddy O’Loughlin rounded Mark Fanning to get the Treaty County off the mark with a four-pointer, before a quickfire brace from Aaron Costello and a further effort from Pat Ryan put the defending champions in a commanding position.

Limerick were 16-points clear by half time when Barry Hennessy scored a penalty and a fortuitous effort from Conor Boylan.

The second half began as the first ended with a six-pointer from Seamus Flanagan and a four-pointer from Darragh O’Donovan further establishing Limerick’s dominance.

There was no live television coverage this year buy TG4 will have highlights next Monday on their weekly highlights programme GAA 2019.