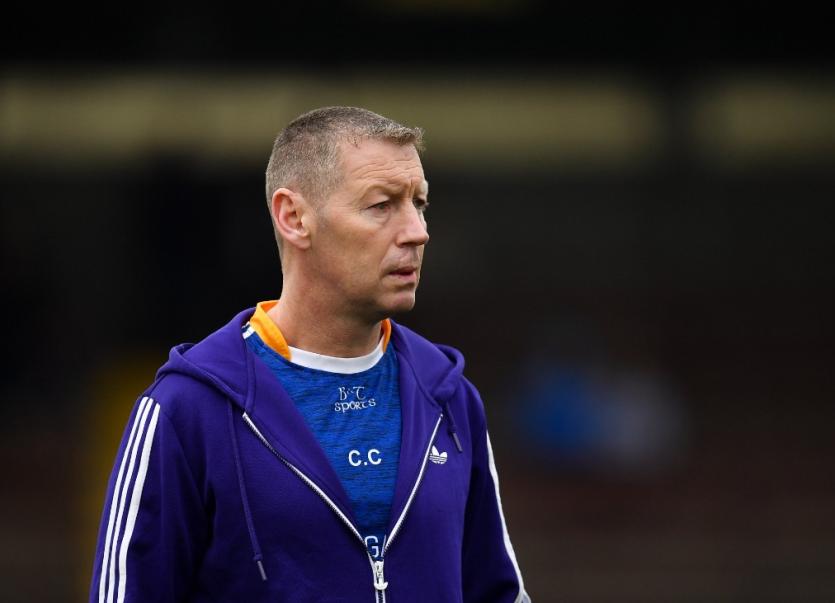 PATRICKSWELL manager Ciaran Carey could offer no excuses only admire the journey Ballygunner have taken in recent years and aspire to their success.

The Waterford side are six-in-a-row county champions and now set to appear in a third successive Munster club SHC.

“To be fair we met a team that is two or three years ahead of us in terms of coaching and development because they are six years on the go - we can’t do Houdini in year one,” surmised Ciaran Carey after the eight point Munster club semi final defeat in Walsh Park.

“They are a very honest and hard-working team and as I said on the go for six years and I think they smell an opportunity this year with one or two of the big guns out of the way,” said Carey.

“We just didn’t bring our A game today and I knew if we were going to have any chance it was near enough the same performance of the county final that we needed to bring today,” outlined the Patrickswell manager.

“No matter what kind of systems you go to implement you need everybody to come, on any given day and today Patrickswell didn’t,” lamented Carey.

“​We just weren’t at our peak and Ballygunner are and as I said if we stay together for five or six years I would imagine we would be something similar to what they are at.”

The Well trailed 0-6 to 0-1 after 22-minutes but they rallied to be just one behind at half time. Alas the second half returned just three points with Ballygunner hitting 0-10.

“We owned the last 15-minutes of it. We got a bit undisciplined in that we didn’t stick to what we were trying to achieve in that second half. The boys had a lack of shape and Ballygunner are a good side and pulled Patrickswell ragged on several occasions in the second half. They are six years on the go to be fair,” said Carey.

He added: “We wanted to come out for the first 10-minutes and dominate and put our own stamp on the game and we had two or three attacks but no finish to them and we needed to finish”.

“Outside of today we had an outstanding year and I am proud of the boys. 2019 was possibly one of the sweetest championships that Patrickswell has ever won  - in my time playing and my time managing. When you look at the journey from the start of the year to how it finished and the amount of questions and challenges that were put in front of them - they jumped them all.”