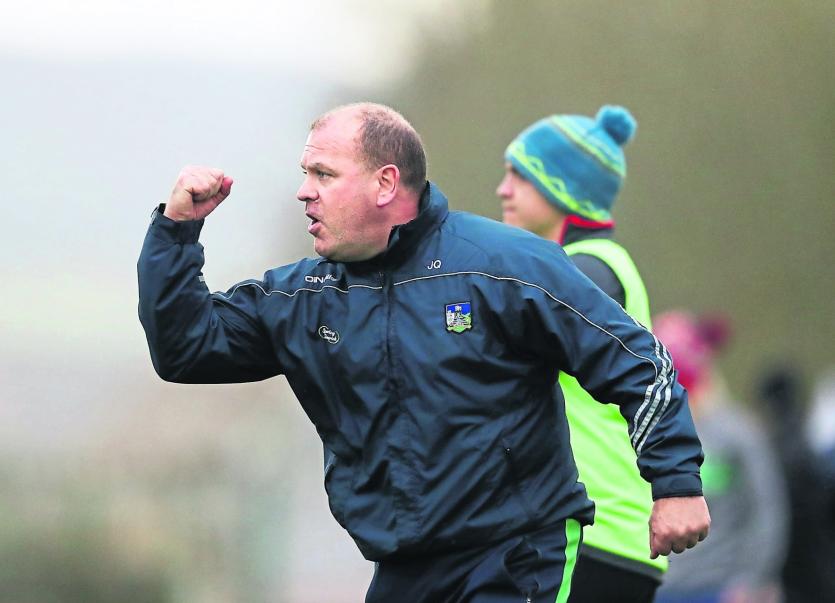 “WE actually wanted this – we wanted to go all the way to Croke Park,” sighed a clearly disappointed Blackrock manager Jimmy Quilty after their Munster club dream ended at the first hurdle.

“We came here to win – we didn’t come here to be good losers but at least there is a bit of solace that we left it all out there,” said Limerick’s 2018 All-Ireland SHC winning selector after Blackrock’s extra time defeat to Cork’s Fr O’Neills.

Gavin O’Loughlin struck an injury time equalising goal from a penalty to force extra time but Fr O’Neills were always ahead in the two periods of extra time.

“There four points lead after the first period of extra time hurt us but still at the end there was only a point in it with two minutes to go and I thought we had a chance,” recalled Quilty.

“The boys are supremely fit and we felt when it went to extra time that we would still be there.”

Seven of the Blackrock team that won Munster club honours back in 2009 were in the team last Sunday and provided massive experience and leadership.

Quilty was loud in praise of his players.

“From the first round against Pallasgreen they have hung in there and we train for that. We train to fight until the bitter end because game’s are won in the last minute rather than the first minute – our lads have it all; the spirit and the hurling,” he enthused.

“They are brilliant guys – they fight like dogs and have the hurling as well.”

He continued: “These boys can hurl as well as having spirit, tenacity, willingness to work for eachother – they are very good hurlers”.

“Winning a county championship in any year is massive,” accepted the Blackrock manager.

Quilty also thanked the supporters of the Kilfinane-Ardpatrick club.

“People will follow you when they see you are giving your all. Even the county team, once supporters know that you are giving everything you will get support,” said Quilty after his team were clapped off the field by a big home support.