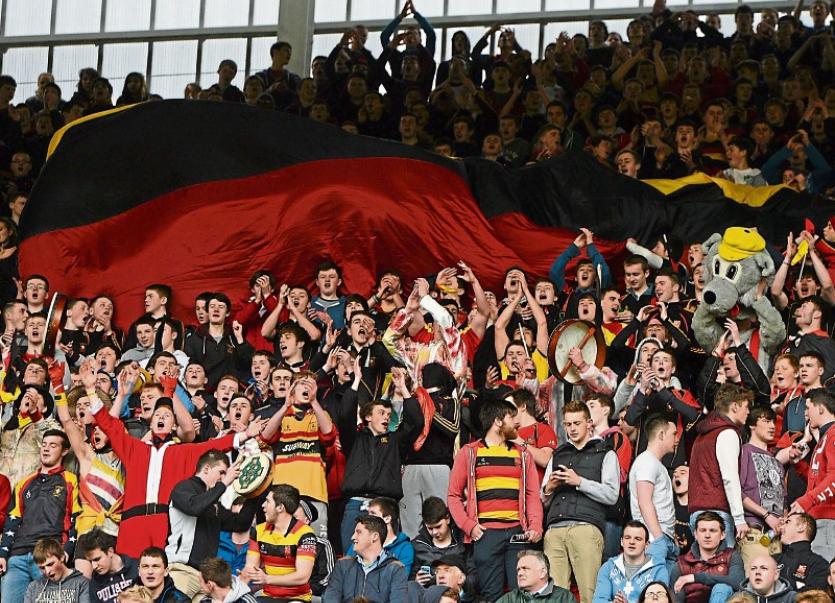 ÁRDSCOIL Rís suffered a narrow defeat in their second Group A fixture in the new-look Clayton Hotels Munster Schools Senior Cup this Wednesday.

The Limerick side was outscored by two tries to one by their hosts Bandon Grammar School in a 12-8 defeat in a tie which was played in difficult weather conditions in West Cork.

Ardscoil Ris led the keenly-contested game 8-5 at half time in Bandon. The Limerick side had a first half try from outside centre Alex O'Halloran and a penalty goal from the boot of inside centre John Moloney.

While Ardscoil didn't manage to add to their points tally in the second half, Bandon added their second try of the game and conversion from Louis Archer to edge victory. The winners' two tries were scored by Dáithí Collins and Harry Golden.

Ardscoil lost their opening fixture to amalgamation side Munster CSP 29-31 in a high scoring affair at Thomond Park last month.

Next up for Árdscoil Rís is a home fixture against PBC, of Cork, on Wednesday next, November 13 at 2.30pm.

Wednesday's defeat for Crescent came on the back on an opening day victory over St Munchin's College.