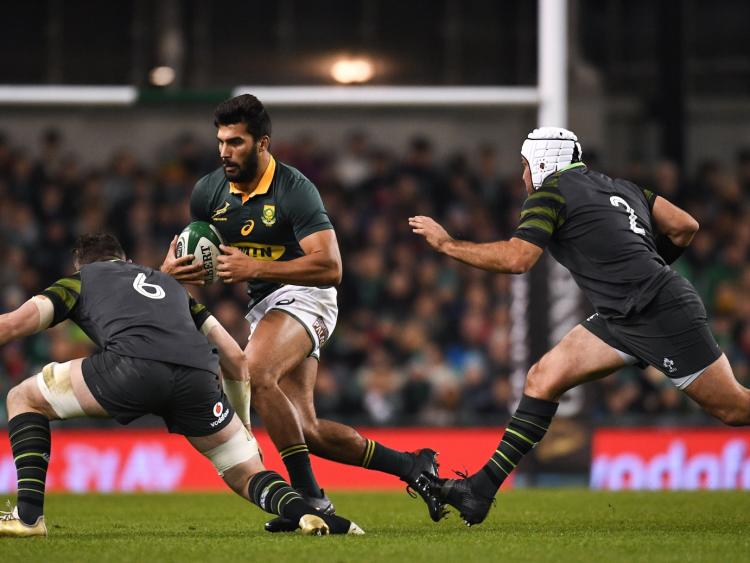 South African centre Damien de Allende, who is reported to be joining Munster next season, in action for South Africa against Ireland in 2017

De Allende, who was a key member of the Springboks' side which defeated England in the Rugby World Cup final in Japan on Saturday, is tipped to join Munster on a two-year deal next summer, according to a report in the Irish Times.

Twenty seven-year-old de Allende has won 47 caps for the Springboks, since making his debut in 2014

Powerful ball carrier de Allende is leaving the South African Super Rugby side, the Stormers to join Panasonic Wild Knights in Japan for the remainder of this season, before moving to Munster.