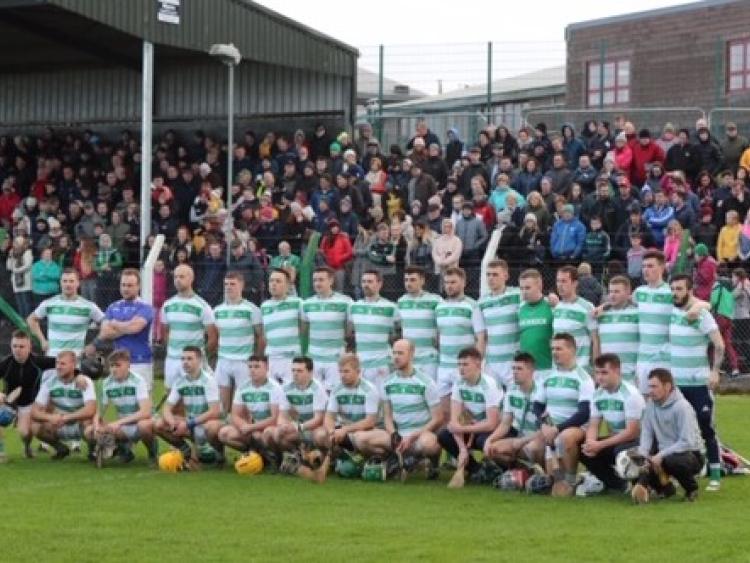 The south Limerick men suffered a 2-19 to 1-20 loss after extra time to Cork's Fr O'Neills in Kilfinane.

An injury time Gavin O'Loughlin goal from a penalty forced extra time but the side from outside Youghal prevailed in extra time to meet Clare's Broadford in the semi final of the Munster club IHC.

Due to a clash of colours, Blackrock wore the Limerick away strip with Fr O'Neills in the red of Cork.

Goals from Billy Dunne and Declan Dalton helped Fr O'Neills into a 2-6 to 0-9 half time lead after the sides were level on four occasions in the first half.

Three Ruairi O'Shaughnessy points and two from Dylan Dawson helped the men from Kilfinane-Ardpatrick into a 0-7 to 1-3 lead but late scores edged the Cork side ahead at the break.

In the second half frees from Dalton kept Fr O'Neills ahead but O'Shaughnessy, Kevin Palmer and frees from Paudie Leahy kept Blackrock in contention.

The sides were level six minutes from the end when David Moloney pointed from distance but Fr O'Neills looked set for the semi finals when they hit three successive points down the home straight.

Then Palmer was fouled for a penalty and Gavin O'Loughlin blasted to the net to force extra time.

Fr O'Neills were 2-17 to 1-16 clear by half time in extra time with Mark O'Keeffe scores leading the way.

In the second period of extra time the Jimmy Quilty managed Blackrock battled back but just fell short.

Dawson, Leahy and Marty Farrell (free) had points to reduce the gap to a single score but Fr O'Neills Joe Mellerick hit back in the final seconds to seal the Cork victory.