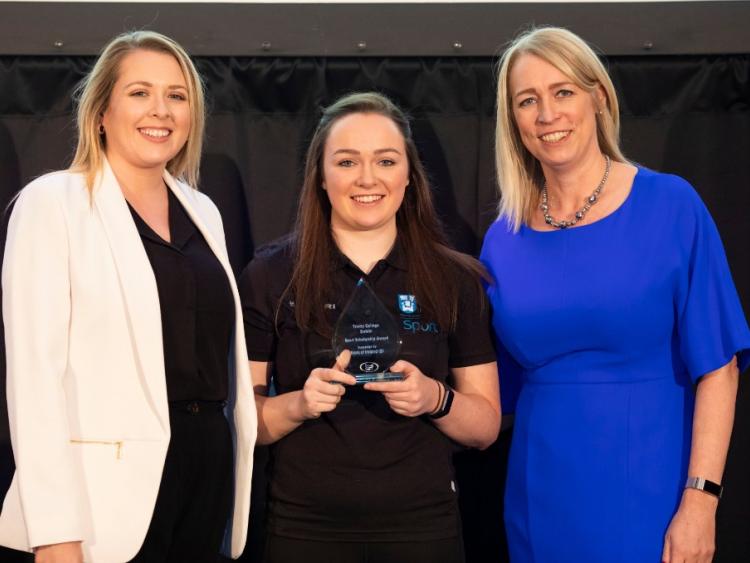 LIMERICK athletes Laura Stack and Grace Culhane were among those celebrated at the Trinity College Dublin Sport scholarship awards.

Trinity Sport in association with Bank of Ireland officially unveiled its sport scholars for the 2019/2020 season this at an event for family and friends in the Dining Hall, Trinity College Dublin.

Laura Stack, a 3rd year MSISS student, was recognised for her achievements as a key player for the Limerick camogie side.

Grace Culhane, a First year BESS student, was recognised for her achievements in modern pentathlon by winning the silver medal in the U19 World Laser Championships.

Special guests on the night included Trinity Sport ambassador and motivational speaker Mark Pollock who spoke to the Trinity Sport Scholars about the importance of collaboration commenting.

Pollack said: “Being involved in sports during my time in Trinity is what taught me how to win and lose, how to build resilience and how to be part of a team. I believe these skills not only matter in sport, but can be applied in business, science and life in general.”

Among those athletes celebrated on the night in Trinity College, Dublin were: