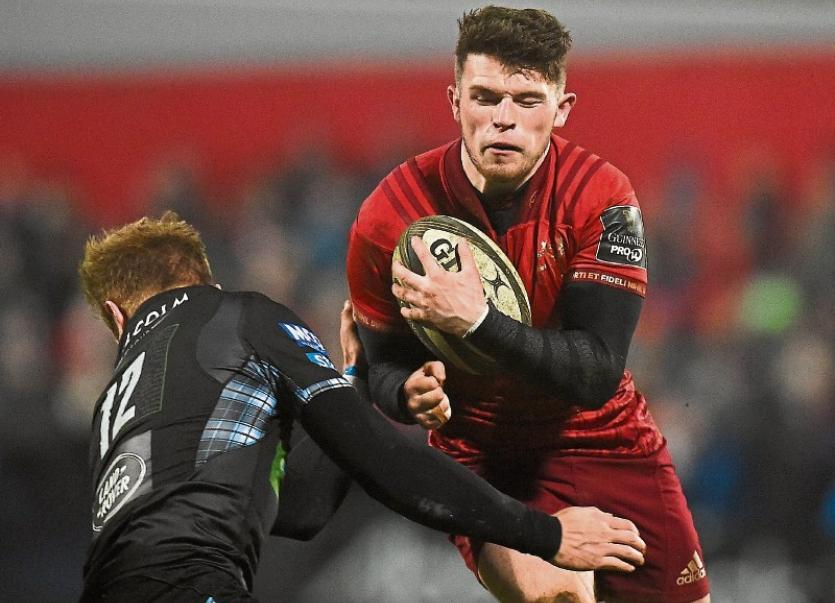 Calvin Nash is named on the wing for Munster in Saturday night's Guinness Pro14 clash with Cardiff Blues at the Arms Park, 7.35pm

There are 11 changes to the side that defeated Ospreys last time out with the quartet of Jack O’Donoghue, Dan Goggin, Calvin Nash and Shane Daly retaining their places in the starting line-up.

Waterford-man O’Donoghue, who is the only forward to remain in situ, captains the side for the second time in his career.

Darren O’Shea and Fineen Wycherley form the second row partnership, with Chris Cloete and Arno Botha completing the back row with O’Donoghue.

Alby Mathewson and JJ Hanrahan are the starting half-backs. Sammy Arnold makes his first start of the season as he joins Dan Goggin in midfield.

Alex Wootton is the new face in the back three as he overcomes a knee injury to make his first appearance on the wing since March.  With Wootton’s return and Nash on the opposite flank, Daly makes the positional switch for his first start at full-back this week.

Conor Oliver is set to make his first appearance of the season off the bench.