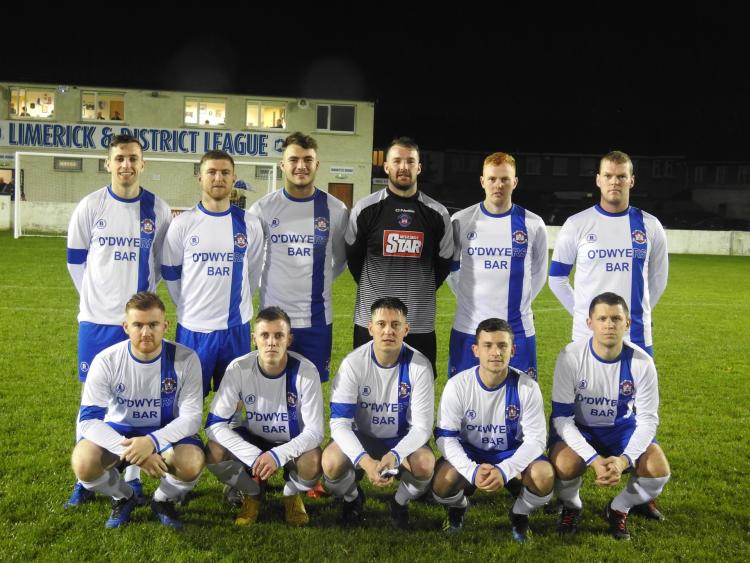 LIMERICK District League, holders of the Oscar Traynor Trophy, began their 2019/20 campaign to retain the title in winning fashion when beating their Clare counterparts 2-1 in Jackman Park on Thursday night.

A lacklustre opening 45 minutes gave no indication of Limerick’s ambition to make it back to back wins in the National tournament and when Eoin Hayes fired Clare in front on the hour mark things looked bleak for the home side.

However manager John Grehan cleared the bench and the game swung in Limerick’s favour.

The introduction of Shane Clarke and Adrian Power, part of the winning squad last season, caused panic in the Clare defence and wave after wave of Limerick attacks paid off when Clyde O’Connell headed in from Danny O’Neill’s corner kick on 65 minutes.

The home side clinched it minutes later when another O’Neill corner was punched clear by Clare keeper Shane Cusack but Conor Ellis lurking on the 18-yard line volleyed in from the edge of the area.