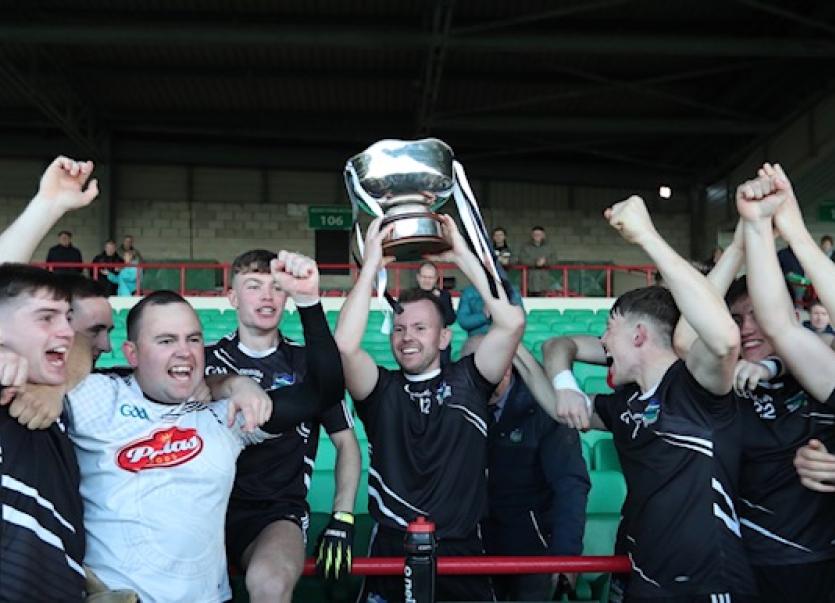 NEWCASTLE West are Limerick senior football champions for a fourth time after a win over Oola.

In the LIT Gaelic Grounds it finished Newcastle West 1-11 Oola 0-8.

Newcastle West held a 0-9 to 0-2 half time lead after dominating the opening 30-minutes against an Oola side appearing in their first final since 1980.

The west Limerick side, who were playing in a fifth final this decade, had six points on the scoreboard before Oola opened their account in a half where the wides evenly shared 10 wides.

Experienced duo Mike McMahon and Iain Corbett (2) set the tone with points inside five minutes for a Newcastle West side backed by a gentle breeze in the opening half.

Eoin Hurley and Thomas Quilligan frees were added to their scoring sequence and by the 17th minute they were 0-6 to 0-0 ahead.

A Josh Ryan free finally had had Oola off the mark in the 19th minute.

The response was swift with AJ O'Connor pointing.

Newcastle West very nearly had a goal in the 21st minute but a Eoin Hurley effort flew over the bar when a Thomas Quilligan delivery into the goalmouth was spilled.

When a second Josh Ryan free left it 0-8 to 0-2, Oola were finished with their first half scoring.

In injury time, Newcastle West again went close to a green flag but an AJ O'Connor effort was somehow kept out after a Corbett solo through the middle.

O'Connor did get his second score moments later and Newcastle West were seven points clear as they departed for the half time dressing room.

The first Newcastle West score of the second half didn't arrive for 10-minutes but it was a goal - Sean Murphy fouled and Man of the Match Iain Corbett with a cool low finish to the net for the game's only goal.

The first Oola score from play came from Ian Bourke in the 18th minute of the second half.

Moments later came the first score from play in the second half for Newcastle West with a great point from 40-metres for Eoin Hurley.

Sub Bryan Nix added another Newcastle West score but Oola did try a late fightback, albeit only with Josh Ryan frees.