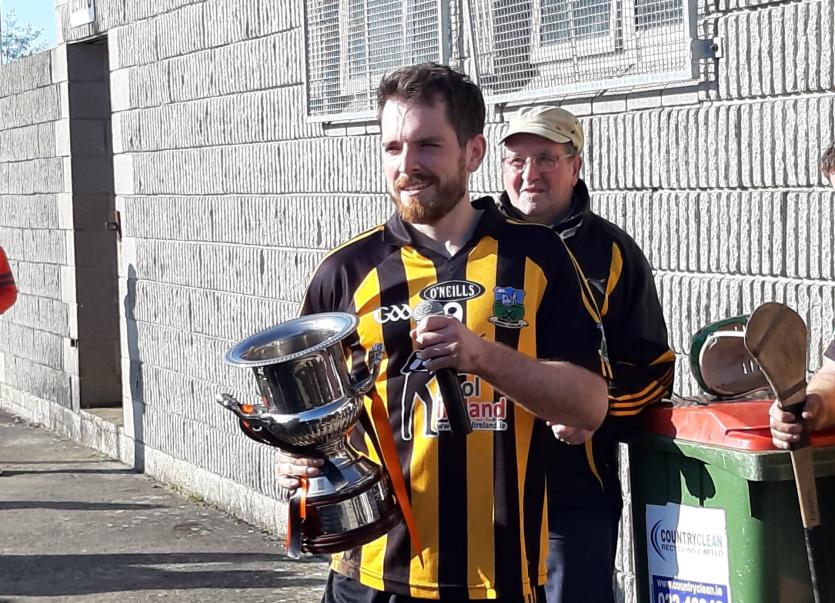 CLINICAL Garryspillane claimed the Woodlands House Hotel county junior B hurling championship title after securing an impressive 3-12 to 1-9 victory over Tournafulla at a sunny Bruff on Sunday afternoon.

Garryspillane laid the foundation for this comprehensive victory in the opening half after which the Bouncers held a more than useful six point advantage, 2-7 to 1-4.

The Tour' goal was scored in the 10th minute by Korey Keogh, who kicked the ball to the net. At that stage, the West Limerick side trailed by just a single point, 1-2 to 1-3. However, the Bouncers finished the half strongly, outscoring their opponents by 1-4 to 0-2 to secure that interval lead.

A Tour' point from top scorer Christopher O'Connor, following good approach play from Batt Curtin and Connie Brouder, within a minute of the restart, left five points between the sides.

However, it was close as the West Limerick side would get to their opponents in the second half as Garryspillane gained a decisive grip on the game.

Points from Stephen and Kevin Meade, Danny Hayes, who helped himself to 1-5 in all, including 1-1 from play, helped Garryspillane ease clear.

The game was over as a contest on 50 minutes when the excellent Micheál O'Donnell smashed home Garryspillane's third goal to go with his fine return of four points from play.

Five of the South Limerick side's six forwards managed scores from play, while the winners impressive backline limited Tour's scoring chances greatly with just 1-3 of their total coming from play.

The influential Christopher O'Connor top scored for Tour' with a fine personal haul of 0-7, including six points from placed balls.