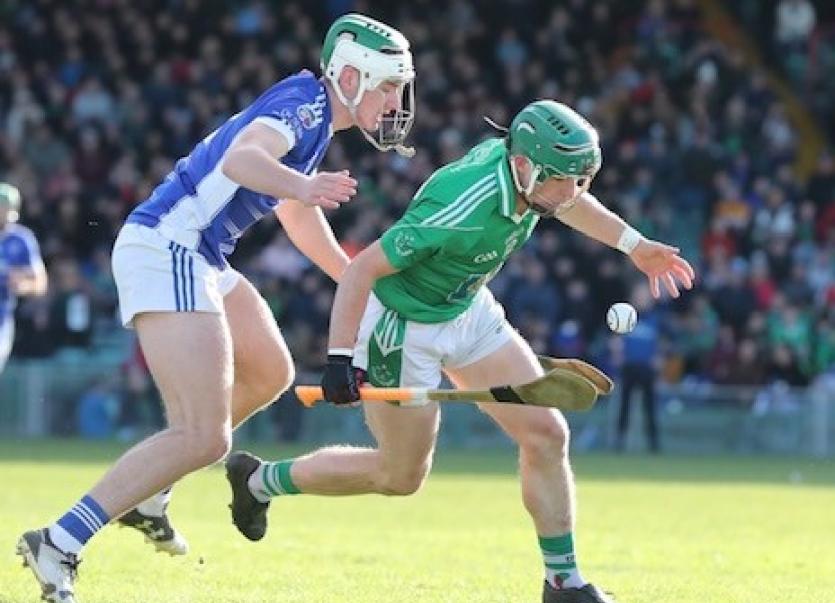 BLACKROCK are the 2019 Limerick Premier Intermediate Hurling champions after a 1-18 to 0-16 replay final win over Kildimo-Pallaskenry.

A late goal from teenager Colm O'Keeffe sealed the title win for the men in green and white who will play in Group B of the Limerick SHC next season, along with South Liberties, Ballybrown, Monaleen, Murroe-Boher and Garryspillane.

The new champions will have home advantage in Kilfinane on November 3 in the quarter final of the Munster club IHC against Cork’s Fr O’Neills.

At half time in this replay it was Kildimo-Pallaskenry 0-10 Blackrock 0-8 after the men in blue and white were backed by the breeze.

The sides were level six times with two wides each across the 30-minutes.

Like the drawn game the opening half was dominated by free-takers - Shaun Barry 0-7 (5frees, 1 '65) and Paudie Leahy 0-6 (6frees) - both finished with 11-points in the drawn game three weeks ago.

The Jimmy Quilty managed Blackrock had the opening score from Kevin Palmer but Kildimo-Pallaskenry led for most of the half.

The sides were last level at 0-7 each on 20-minutes with Dave Moloney for Blackrock and Darren O'Connell and Kyle Hayes joining the respective free-takers on the scoresheet.

Shaun Barry's 20th minute point was the final score from play in the half.

Two points from Kyle Hayes helped move the lead out to three points on the resumption.

But Ruairi O'Shaughnessy, Adrian Cooke and Gavin O'Loughlin hit back for The Rockies and entering the final quarter it was a one-point game - 0-14 to 0-13.

Then the south Limerick men went ahead with teenager Colm O'Keeffe goaling in the 47th minute - their first time ahead since leading 0-2 to 0-1 in the third minute.

The title was cemented with the final five points - Palmer, Dave Moloney, O'Shaughnessy and Leahy on the mark.

In the end Blackrock hit eight of the last 10 scores to turn a three point deficit in the 40th minute into a five point winning margin.

The only two Kildimo-Pallaskenry frees in the final 20-minutes were both frees.