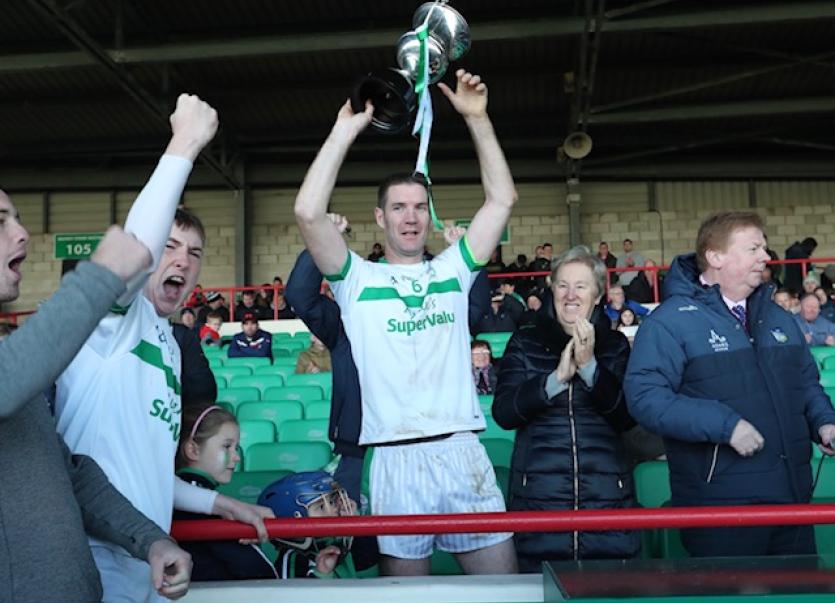 KILMALLOCK were crowned Limerick Junior A Hurling champions this Saturday.

The south Limerick side were 0-19 to 0-14 winners over Castletown-Ballyagran in the LIT Gaelic Grounds.

It's a first title since 1956 albeit this win is with the club's second team - the last success 63 years ago propelled the club towards the first of 11 Limerick SHC titles in 1960.

Kilmallock will now be promoted up to the Limerick IHC in 2020 - the only club along with Na Piarsaigh to have their second side playing above the junior grade.

Regardless of this result, Castletown-Ballyagran represent Limerick in the Munster club JAHC - playing away to Waterford's St Marys or Ballydurn on November 17.

This was the third time that these sides have met in this champions and the first win for Kilmallock over their south Limerick rivals, who were crowned West champions earlier in the season.

The Balbec had six points from David Woulfe to inspire them to the win, which included 15-points from play across six different players.

The game was level, 0-8 each at half time after an opening half when Kilmallock dominated the early exchanges and Castletown-Ballyagran the minutes before the break.

The experienced Eoin Ryan led the way for Kilmallock with three points from play inside 11-minutes to help build a 0-6 to 0-2 lead for those in green and white.

Points from Aidan McAuliffe and Jack Walsh helped those in black and amber to settle and at the mid-point of the half the Kilmallock lead was down to two points.

Successive points for midfielder David Woulfe edged The Balbac back out to four points ahead but then they were to fail to score for the remaining 17-minutes of action in the half.

But they had a number of chances for a goal in this period - Paul Doona and Gearoid Barry with chances.

At the other end of the field four in a row for Castletown-Ballyagran ensured the teams were level at the interval.

Three came from Harry Dore - one from play to add to his frees.

All that left it 0-8 each at half time. Castletown-Ballyagran had the aid of the breeze in the half and hit five wides, compared to four for Kilmallock.

After a barren spell it took Kilmallock just 28-seconds to reopen their account in the second half with a fourth for Ryan.

Castletown-Ballyagran hit back to level again but then came six in a row for Kilmallock led by David Woulfe.

Finally after 17-minutes Castletown-Ballyagran had their first and only score from play in the half - David Riordan.

Harry Dore frees kept Castletown-Ballyagran in the hunt but Eoin Ryan frees steadied Kilmallock over the winning line for captain Paudie O'Dwyer to accept the winning trophy and atone for the final defeat to St Patricks in 2017.