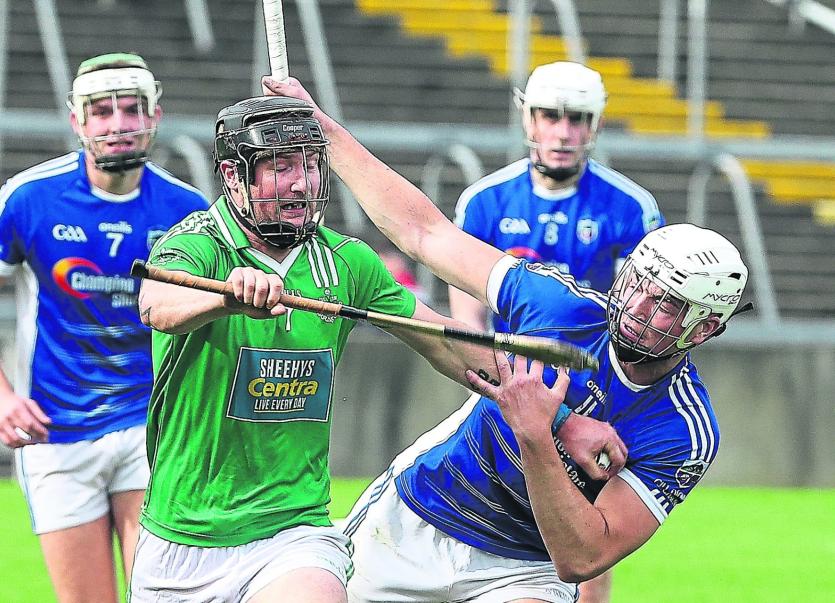 Both finals will be played under 'winner on the day' protocols.

Therefore if the sides are level at full-time, extra time of two periods of ten minutes each way will be played.

If there is still no seperating the teams, then two additional periods of extra time of five minutes each will be played.

If still level at that final whistle, penalties will be held in both the hurling and football finals.

There would be an initial five penalties each and if required sudden death would eventually determine the champions.

Saturday's hurling final between Blackrock and Kildimo-Pallaskenry was necessary after an 0-18 each draw on October 6 - the sides also finished level, 1-15 each, when they met in the group phase last April.

Blackrock or Kildimo-Pallaskenry will have home advantage on November 2/3 in the quarter final of the Munster club IHC against Cork’s Fr O’Neills.

Sunday's football final between Galtee Gaels and Gerald Griffins comes two weeks after their 1-8 each draw in Kilmallock.

The eventual Limerick IFC winners will be due into Munster club action on November 10 when they play Clare winners St Breckans at a Limerick venue in the provincial quarter final.