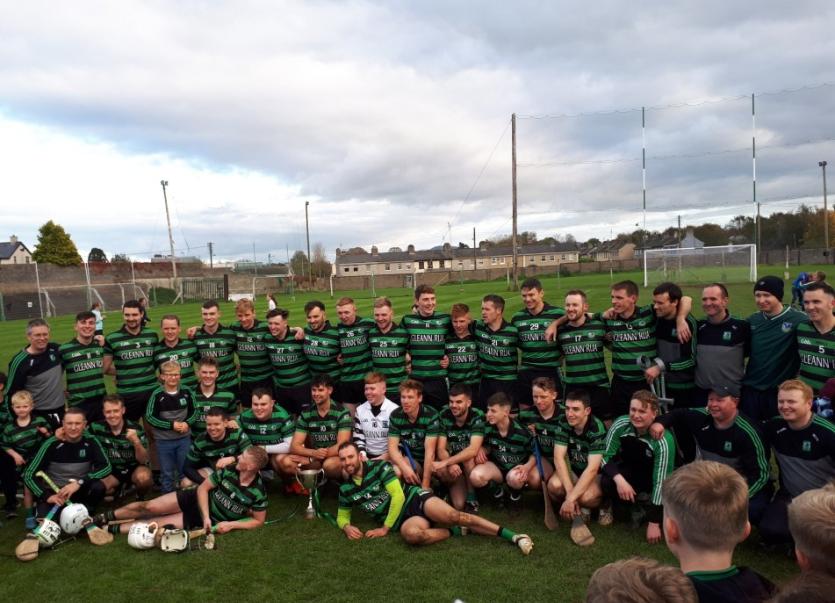 GLENROE are the 2019 Limerick IHC winners after a 1-13 to 0-10 final win over Newcastle West this Sunday afternoon.

The men in green and black are now promoted up to the Premier IHC in 2020 to join Knockainey, Bruff, Bruree, Dromin-Athlacca, Mungret, Cappamore and either Blackrock or Kildimo-Pallaskenry.

Glenroe were aided by the breeze in the opening half and led 1-9 to 0-7 at the break with Brian O'Connell getting their goal in the seventh minute.

Mike Mansell and David McCarthy also had first half points to ensure an advantage of five points at the break for the side that had Limerick's 2013 Munster SHC winner Stephen Walsh dominant at centre back.

Newcastle West had Diarmaid Kelly, Mark Kelly and Eoin Hurley on the mark in that first half but relied on Mike McMahon frees in the second half.

It was a second half without a score from play as O'Connell and McMahon traded frees from placed balls.