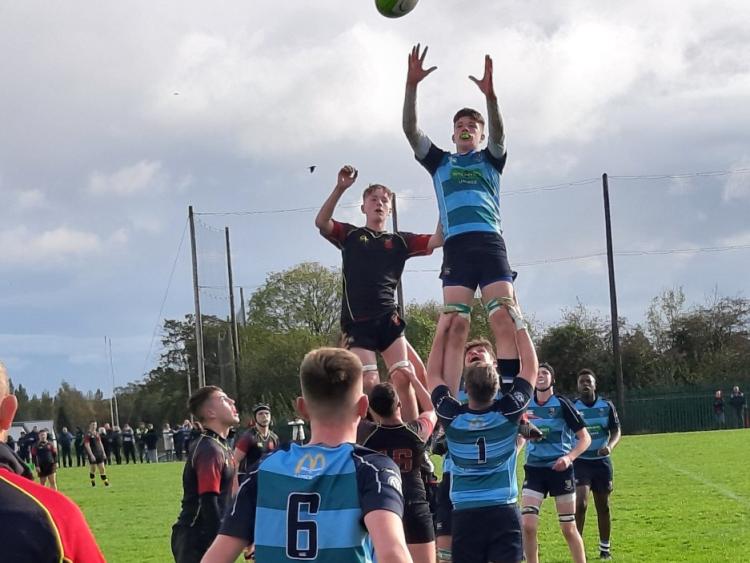 There was little between the sides for much of the hour's play. However, Árdscoil Ris' greater composure in the attack zone proved the difference between the Limerick rivals on the day.

Both sides were guilty of committing their fair share of handling errors and mistakes as one might expect, given the greasy nature of the playing conditions and the fact that it was their first competitive fixture of the new season.

There was no shortage of endeavour or industry from either set of players, but they lacked that little bit of composure at crucial stages of the keenly-contested fixture.

Both sides are sure to improve as a result of having their opening group game now under their belts.

Árdscoil Rís enjoyed the lions share of possession and territory in the opening half. Despite some tenacious tackling from the home side, the visitors deservedly led 7-0 at half-time.

The crucial score of the half arrived after 20 minutes. From a line-out inside the Castletroy '22, Ardscoil Rís won clean possession and with the referee playing penalty advantage after the visiting side's well-executed driving maul was illegally brought to ground, the ball was quickly spun out across the line when centre Scott White collected possession, before spinning out of a tackle and powering his way over the tryline.

Playing down the hill in the second half, Castletroy College enjoyed the upperhand, both in terms of possession and territory. Despite excellent showings from the likes of Evan O'Connell, nephew of former Munster, Ireland and Lions player Paul O'Connell in the pack, and lively full-back Stephen Kiely, the home side struggled to convert possession into points.

Inside centre Darragh Murray was halted inside the Ardscoil Ris '22 after a fine break up the left wing. Ardscoil Ris' defence was resolute throughout as the visitors tackled tenaciously even after being reduced to 14 players for a time due to a sin-binning.

Ardscoil made the game safe in the 58th minute when out-half Long added a penalty goal to kick the visitors into a two-score advantage.

Teams in this year's new-look Clayton Hotels Munster Schools Junior Cup are divided into two groups, Group A and Group B, and play a round-robin series of fixtures before the knock-out stages, scheduled for January 2020.

Crescent College Comprehensive defeated Limerick rivals St Munchin’s College 24-17 in an exciting Group A fixture in Dooradoyle on Wednesday. The game produced no fewer than six tries, three to each side.

On Wednesday, November 6, Árdscoil Ris will host Crescent College Comprehensive in the second round of Group A fixtures, while on Friday, November 8, St Munchin's College entertain Castletroy College in Corbally.