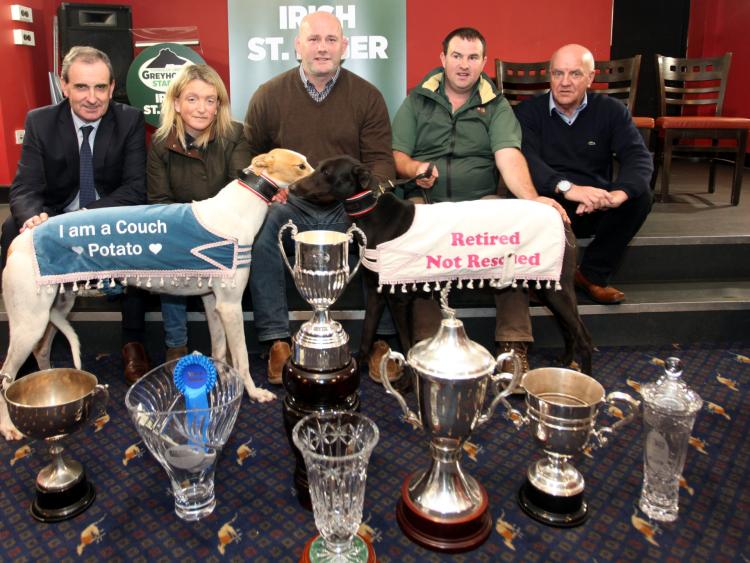 This year’s event will be sponsored by the ‘Friends of Limerick Greyhound Stadium’ group who have spearheaded a funding initiative which is proving very successful. This has enabled an increase in the top prize as well as new competitions of the Leger Cup and Leger Plate.

Munster and Ireland rugby legend John ‘The Bull’ Hayes was on hand to help launch the competition.

“It’s a pleasure to be asked to help launch this year’s Leger. My father-in-law and my wife have a huge background in greyhounds, since I married her I’ve been part of them as well! A night at the dogs is a great night out and people really look forward to it. Events like this really allow you to meet people and get behind something positive," said the Cappamore man at the launch.

The Leger competition has been ran in Limerick since 1944 and the winner of this year’s competition will earn €30,000 for connections.

“The community feel here is unbelievable. The support so far has been fantastic and we’re very close to securing enough funding for both this year and next year," said Co-chair of the Friends of Limerick Greyhound Stadium group, Dan Flynn.

"One of my first memories as an eight year old was seeing our neighbours winning the 1966 Leger. The history of this competition is phenomenal and hopefully we’re going to keep that going long into the future," said Flynn.

Chairman of the Irish Greyhound Board Frank Nyhan was also in attendance.

“Events like these are showing there are green shoots in the Irish greyhound industry. People in Limerick are very enthusiastic about their racing and the Leger in particular holds a special place in the calendar. It’s going from strength to strength, with this year’s €30,000 winning prize meaning the very best dogs in the country will be at Limerick Greyhound Stadium throughout the competition," said Nyhan.