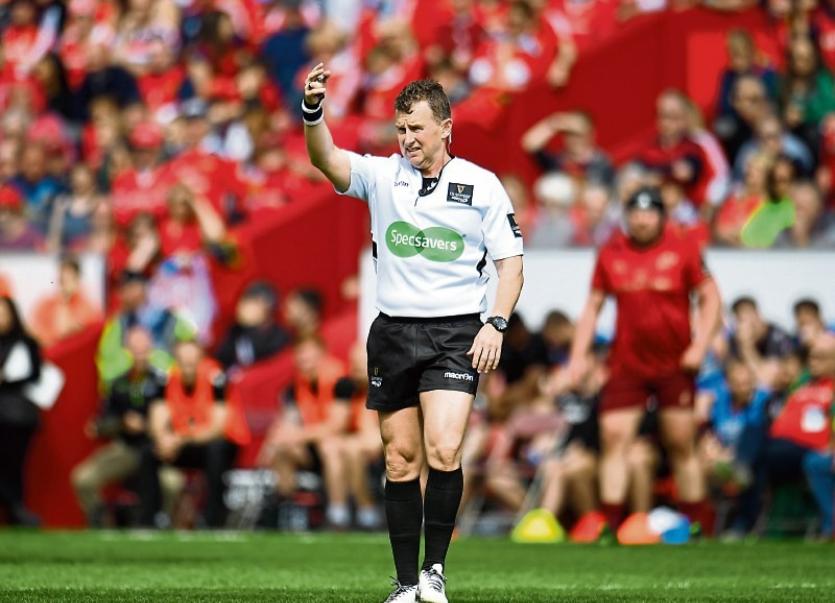 Forty eight-year-old Owens will referee the second ever meeting of Ireland and New Zealand in a World Cup fixture when the side's face-off in their last eight clash in Tokyo at 11.15am Irish time.

This will be the third time that Owens has refereed an Ireland v New Zealand fixture in recent seasons, following the All-Blacks dramatic last gasp 24-22 victory over Joe Schmidt's side at the Aviva Stadium in 2013 and a 22-19 defeat for the Irish in Christchurch in June 2012.

Owens refereed New Zealand when they won the 2015 Rugby World Cup final against Australia, as well as their quarterfinal win over France that year.

World Rugby has announced its selection of match officials for the last eight of the tournament which they say is based on 'a full review of performances over the 37 pool matches.'

Ireland will be looking to secure their third win in their last four meetings with New Zealand this weekend. Joe Schmidt's side will be aiming to become the first Irish side ever to reach a Rugby World Cup semi-final.