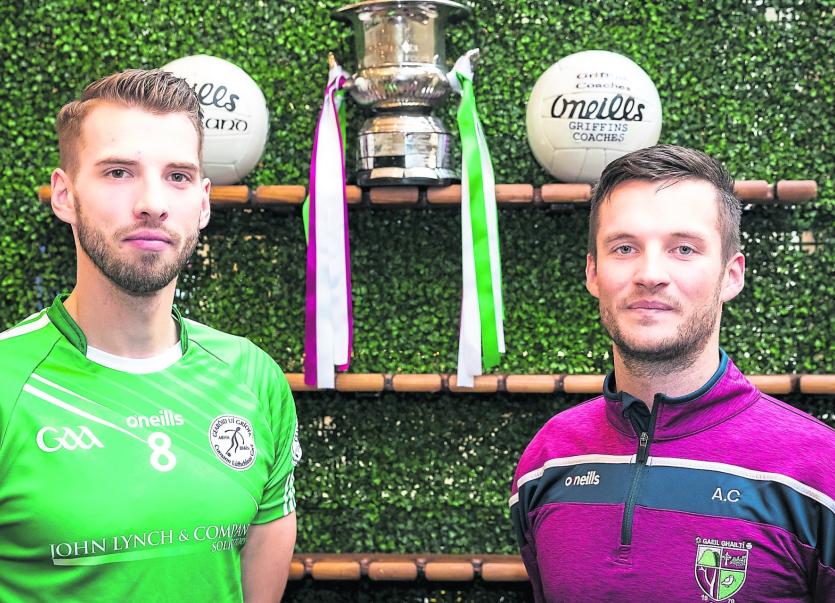 FOUR years ago Gerald Griffins and Galtee Gaels were both junior clubs but now stand one victory away from the senior ranks.

The eventual champions will replace St Senans in the 2020 Limerick SFC and before that play in the Munster club IFC with a November 10 quarter final tie against the Clare's Kildysart or St Breckans.

Sunday’s final is a battle between the JAFC winners of 2016 (Gerald Griffins) and 2017 (Galtee Gaels).

The sides have met in the group stages of this championship in the last two seasons with Gerald Griffins winning both.

Managed by John Lynch and coached by Shane Kelly (Newcastle West) with selectors Wayne Fitzgerald and John Walsh, the men from Loughill-Ballyhahill are bidding to return to the senior ranks for the first time since 2004.

Limerick IFC winners in 2000, the men in green and white arrive in this final with six wins from seven outings – including a 0-12 to 0-7 win over Sunday’s opponents in late-August.

“Since coming up to intermediate we have been in back-to-back semi finals and in our third season up we were able to go one step further to get into this final, which is a massive step for us. It shows a bit of maturity that we have developed over the last couple of seasons - we got a batch of young fellas coming up from minor when we got promoted up from junior in 2016 and they have matured big time,” said Gerald Griffins’ Tommy Griffin, who along with Colm McSweeney and Jim Liston, was on the 2019 county panel.

Gerald Griffins have lost out at the semi final stage to the beaten finalist in the last two seasons.

“We got a new coach in this year - Shane Kelly - and he was involved with St Senans and brought them up senior. He has brought and extra little bit - we always felt we had the ability but he brought a great belief into us and confidence,” explained Griffin.

With experience from the likes of Brian Scanlon and Paudie O’Connell and extended seasons in recent times, the estuary men shouldn’t lack for county final day knowledge.

”Definitely four or five years we have been playing football past September and they have been long seasons. A lot of our younger guys have had success in minor and U21 county finals and we had the junior three years ago - county finals don’t come around too often for us but I feel this year our heads are in the right place. We are really relaxed and focused,” he said.

Managed by John McGrath and coached by Ollie McGrath with Tommy Noonan a selector, the men from the parish of Anglesboro and Kilbehenny are bidding for a second promotion in three years.

Last in the intermediate final in 2006, the men in maroon and white have five wins, one draw and one defeat amassed enroute to Sunday’s decider.

“At the start of the year, as much as we take it game-by-game, we were aiming for the county final,” said Galtee Gaels’ Alan Condon.

“In the knockout stages, you just don’t know what will happen and look at our semi final going to extra time (v Mungret) and it could have been either one of us here.”

He explained: “There are really fine margins but I think we adapted to intermediate really well - that’s probably down to our own juvenile club who built this team and got us ready for intermediate pace and standard. It probably takes a year to really adapt to the pace of intermediate. It’s close in standard to the top of the junior but it does take a year to learn how to finish out games and to adapt to the pace. Last year was more of a learning curve - even though we didn’t get too far it was the learning curve that had us ready to get to where we are this year.”

Galtee Gaels will look to Tommie and Robert Childs, Sean and Padraig McGrath and Maurice O’Sullivan.

“They have beat us twice in the last two years and are probably the ones that people were keeping an eye on all year. They are a great side - strong in defence and very quick to attack. We are probably going in as underdogs but there is no harm in that and we will look to try and cause an upset.”