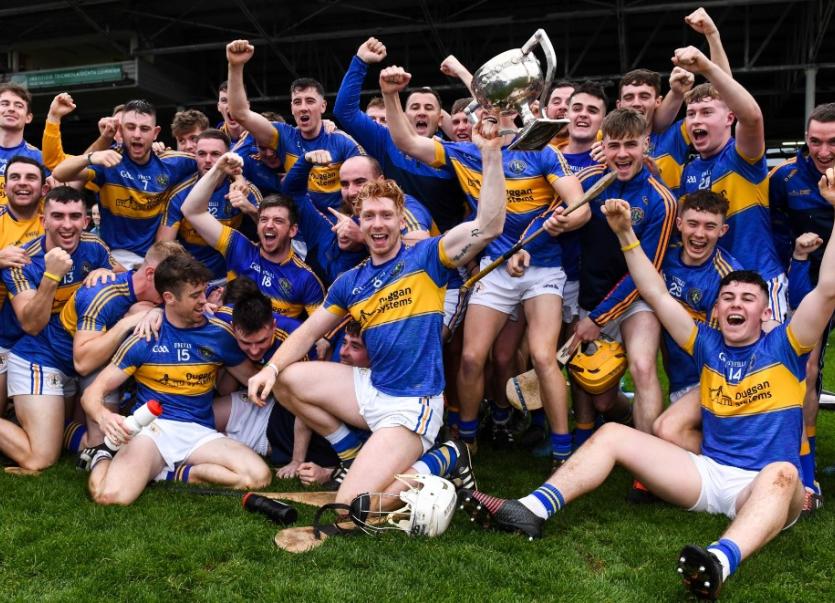 Celebration time for Cian Lynch and his Patrickswell team-mates

PATRICKSWELL ended the Na Piarsaigh quest for a hat-trick of Limerick SHC titles but now want to emulate the Caherdavin club by winning Munster club honours.

It’s 1990 since The Well were kings of Munster and they are now two games away from provincial glory.

“If we are to be honest with ourselves, we have won the county and we will enjoy the next few days but for us we are not going to settle at this,” vowed captain Cian Lynch.

“We want to drive on and shorten the Winter because that is what it does – we want to keep going with our club and win as much as we can, while we can. There is no point getting carried away and settling for this. County finals and county championships don’t come around too often over the last few years for us in Patrickswell so we will keep the heads down and enjoy the next few days and then regroup and get back on the horse and drive on,” stressed Lynch.

On the horizon is a November 10 Munster semi final against the Clare or Waterford champions.

But first Patrickswell will celebrate moving top of the Limerick SHC roll of honour with a 20th title since their first in 1965.

“Patrickswell as a club has massive tradition and it is huge – if you go into our clubhouse you see the photos on the wall and that brings added pressure but it’s a tradition that you want to keep going and to strive for more,” said Lynch, who was named Man of the Match.

”In a small village like Patrickswell we have massive tradition and we have been knocking at the door the last few years. 2016 was a massive weight off our shoulders but we knew ourselves that we needed to get back here again.”