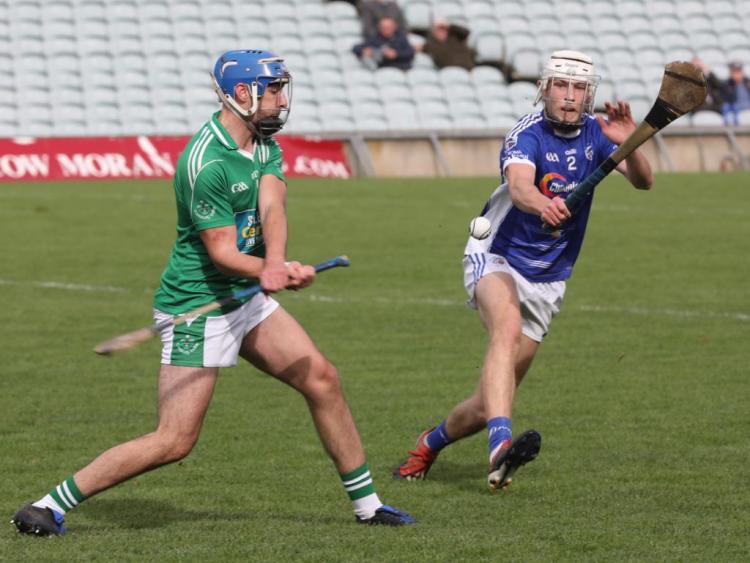 A REPLAY is needed in the Lyons of Limerick Premier IHC final after Blackrock and Kildimo-Pallaskenry played out a thrilling 0-18 each draw in the LIT Gaelic Grounds.

Deep into injury time it was a 10th pointed free from Kildimo-Pallaskenry's Shaun Barry that forced a replay on Saturday October 26 at 6pm.

Blackrock were 0-12 to 0-8 ahead at half time with captain Paudie Leahy leading the way with six points from play.

The Rockies had the aid of a gentle breeze in that opening half when they also hit six wides, compared to four for Kildimo-Pallaskenry.

Darren O'Connell and Cian Hayes were among the scorers as Kildimo-Pallaskenry built a 0-4 to 0-2 lead after seven minutes.

Then they went 15-minutes without a score as Blackrock found six unanswered points to lead 0-8 to 0-4 with 21-minutes played - Leahy had five from play by now.

A Barry lineball and an Adam Butler point reduced the Blackrock advantage to just two points with half time in sight but Leahy and Adrian Cooke points ensured a four point interval lead for the men in green and white.

On the change of ends, Shaun Barry points reopened the scoring but Leahy's seventh from play came in response.

When Darren O'Connell had his fourth point from play, there was just a point between the teams and only 10-minutes into the second half.

In the 16th minute Blackrock were awarded a penalty for a foul on Kevin Palmer but there was a delay before Paudie Leahy got to take the penalty. Down the other end of the field the referee's attention was sought and after consultation goalkeeper Richie Murphy sent-off with a red card. Corner forward Daithi Heffernan went into goals.

Back up the other end, Leahy's penalty was saved by John Chawke.

The final was soon level with Barrys' seventh pointed free but Blackrock stormed back.

The next three points had The Rockies 0-18 to 0-15 clear with 5mins of normal time to play.

Back came those in blue with Shaun Barry frees and in the second minute of injury time he levelled, 0-18 each.

In the end Barry's 10th pointed free ensured a replay.