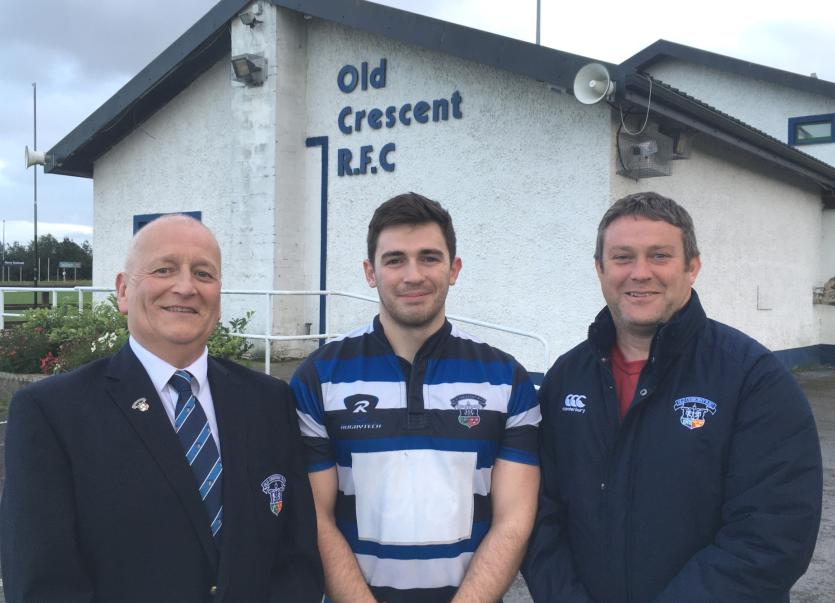 OLD Crescent RFC have announced that Ronan McKenna has been selected as Club Captain for the 2019-2020 season.

Since joining Old Crescent three seasons ago, McKenna has been a constant fixture in the Rosbrien side's senior team.

He played a key role in Old Crescent's unbeaten run to AIL Division 2B Champions in the 2017-18 season by scoring 176 points and being selected as Club Player of the Year in that fantastic season.

Twenty four-year-old McKenna learned his rugby at school in Ardscoil Ris and with Shannon RFC under age.  He represented Munster at Under 19 level and won a Munster Junior Cup with Shannon in 2015.

The new Old Crescent captain studied Law and Economics in the University of Limerick and since graduating has worked with GECAS in Shannon.

McKenna is looking forward to leading Old Crescent RFC in their second season in AIL Division 2A, and the club wish him and their senior players the best of luck for the coming season.

Old Crescent kick off their AIL Division 2A campaign with a Limerick derby clash against UL-Bohemian at UL North Campus this Friday night, 8pm.