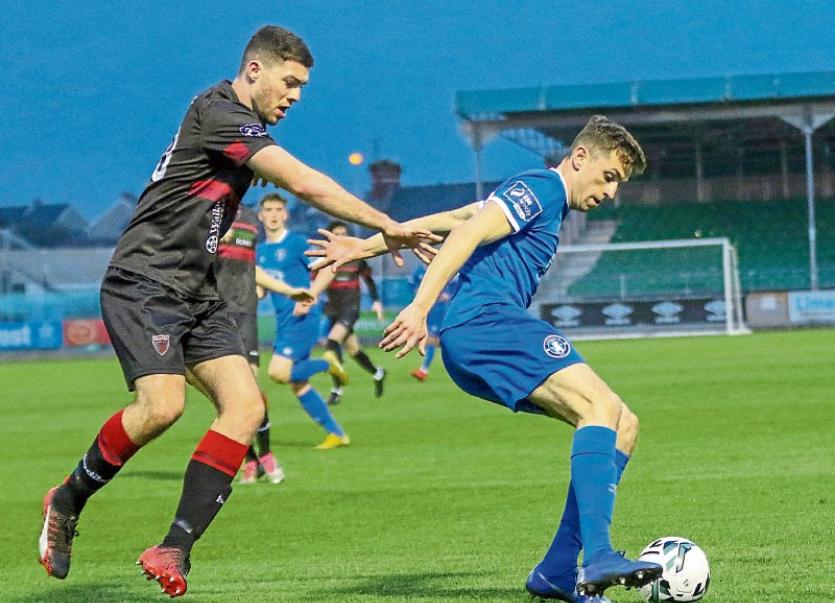 THE interim examiner appointed to Limerick FC in the High Court has been meeting with club representatives and players this week, the Limerick Leader has learned. The interim examiner’s role is to put together a scheme of arrangement with the club's creditors, and if fresh investment in the League of Ireland First Division side can be secured.

The court heard that there have been four, including one formal, expressions of interest by potential investors in Limerick FC, which has debts of about €490,000.

The appointment of the interim examiner was made after the High Court heard that an independent expert had stated that Munster Football Club Limited, which trades as Limerick FC, has a reasonable prospect of survival as a going concern if certain steps are taken.

The examiner has up to 100 days to put together a scheme with the clubs creditors which if approved will allow the club to survive.

Seeking the appointment of the examiner, Gary McCarthy SC, instructed by solicitor Barry Lyons for Limerick FC, said the club plays an important role in the community in Limerick.

There had also been four expressions of interest in the club from potential investors, counsel said, including one formal expression of interest.

Creditors of the company include Limerick Institute of Technology, Revenue, Limerick City Hotel, Limerick Enterprise Developments Partnership which own the Markets Fields.

Counsel said that the creditors would do better in an examinership, compared to if the company went into liquidation.

The application returns before the court this week.

The Football Association of Ireland reacted to the appointment of the interim examiner to Limerick FC in the High Court by issuing a statement.

In their statement, the FAI insisted that ‘it does not owe money to Limerick FC who are currently in debt to the Association’.

The FAI insist that they ‘are confident that Limerick FC will fulfil their remaining fixtures in the First Division this season.’

The FAI statement continued: “The Association notes expressions of interest in the future of the club from several parties and is open to discussions with any group to ensure the future of senior football in the city.”

Separately, Gardai carried out searches at Hogan Park last week as part of allegations into match-fixing.

Details of the searches, which were led by members of the Garda National Economic Crime Bureau (GNECB), were confirmed on Tuesday evening of last week.

Gardai from the Limerick division assisted their Dublin-based colleagues during the operation which focused on Hogan Park.

The Limerick Leader learned that Limerick FC players had their phones seized as part of the Garda operation.

The Limerick FC squad had just began training at 5pm at Hogan Park on Tuesday of last week when the Gardai swooped. The entrance gates into the venue were secured.

The Limerick Leader also understands that the players were also interviewed by Gardai as part of the operation.

Limerick took an early 2-0 lead in that game away to Premier Division side Sligo before losing 6-2.

The FAI say that the investigation into the FAI Cup game is along similar lines to the one currently underway into the First Division fixture between Shelbourne and Limerick in April.

Both investigations were launched following the receipt of reports from UEFA to the FAI concerning unusual betting patterns around the two games.

An FAI spokesman confirmed: “We have acted on the back of the UEFA report into two Limerick games, against Shelbourne in April and Sligo Rovers last month, and our investigations are ongoing.

“We are committed to a zero tolerance policy on match fixing in conjunction with UEFA. The FAI, as stated earlier, is also aware of a Garda investigation into match fixing.”

Limerick FC return to action on the pitch this Friday evening when facing Wexford in their final SSE Airtricity League First Division home game of the season at the Markets Field, 7.45pm.

When contacted by the Limerick Leader, Limerick FC manager Tommy Barrett said he did not wish to comment on the on-going investigations of alleged match-fixing or on the recent appointment of the interim examiner to the club.

Barrett did admit: “It is not a great environment for anyone to be in at the moment.

“We are down to the bare bones player wise for Friday night’s game. We have four players suspended and a couple of more players carrying niggly injuries.

“We had 16 or 17 players involved in the Sligo game. Out of that 17, four are suspended for Friday and we have lads carrying knocks.

“We will be doing our utmost to see the season out as best we can.”

Just 227 spectators turned out to watch Limerick FCs last home league fixture in August. Limerick ended a four-game losing run in the SSE Airtricity League First Division that  night when playing out a 1-1 draw with struggling Athlone Town at the Markets Field.

The ‘Blues’ have not managed to record a win in the First Division since their Friday, July 5 victory over Longford Town.

Limerick were not involved in league action last weekend as the FAI Cup third round took centre stage.