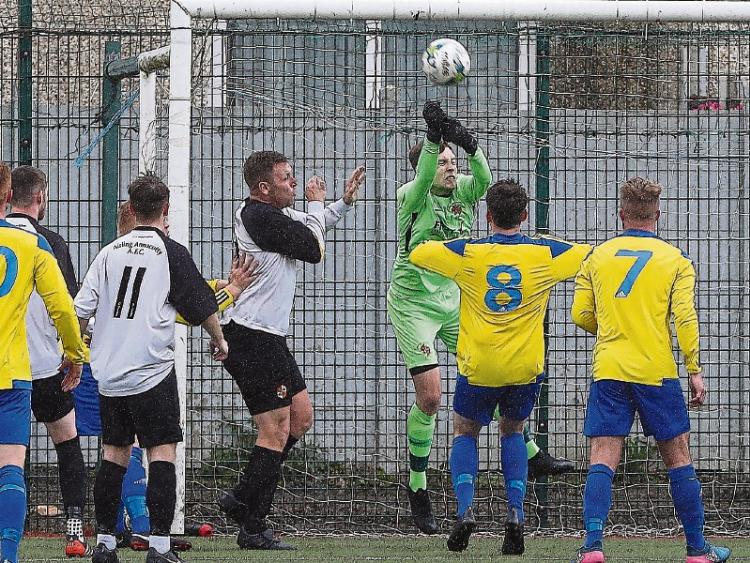 The Premier League fixtures this weekend are set for Saturday evening with most attention pointing to the clash of Fairview Rangers and Janesboro in the Fairgreen. Much has been made of Fairview's strengthening this season and it is well justified. However, they will be bitterly disappointed to have dropped two points last weekend when succumbing to a 90th minute equaliser at Aisling Annacotty.

They also conceded late in their 1-1 draw with Pike Rovers a few days earlier and no doubt managers Jason Purcell and Stewart Fitzgerald will be working on those late lapses in concentration.

Many people were quick to write off Janesboro following the loss of a number of last season's League winning panel, but they may end up with red faces as Shane O'Hanlon and Aidan Ryan quietly go about reshaping the side.

They beat Kilmallock 4-0 on Sunday and no doubt will strengthen as the season progresses.

This game will be a test for both sides, Fairview to see if they can overcome the Champions and ‘Boro’ to show they can perform when going into a match as underdogs.

Pike Rovers are in the middle of a League run that has seen them unbeaten since April 2018. Last weekend they hit Prospect for seven without reply and on Saturday you must fancy them to add another three points to the tally.

They meet a Nenagh side who also tasted a seven-goal defeat last weekend and whose confidence is not high. Unconfirmed reports of the addition of another couple of top class strikers to the ‘Hoops’ squad will put more fear into the opposition.

Kilmallock take on Mungret Regional with both side in need of the points if they hope to escape the danger zone.

Kilmallock went down 4-0 to Janesboro last weekend when Mungret were losing to Geraldines. The result in Garryowen could have been quite different if Mungret had taken their chances.

They have a very young talented side and will cause problems to most sides this season but must learn to take their chances when presented.

Coonagh Utd picked up their first ever Premier League win on Sunday and they will be looking to build on that.

In their way are a Geraldines side sitting nicely in third place in the table. Derek Hannon has his side humming along nicely but of concern will be their ability to raise their game for the more mundane games.

As they have shown games against the top sides like Pike Rvs and Janesboro, the Candy stripes are up for the challenge but revert to a more pedestrian pace when facing so called "smaller clubs". They need to fix this if they are to challenge for the title.

The final Premier game pits Regional Utd against Prospect. Regional's good start was derailed on Sunday when they came unstuck at Coonagh. They will be looking for an immediate response when they host Prospect.

The Hyde Road club suffered a big defeat to Pike on Sunday, but they are a resilient bunch as they have shown time and again and Regional should not take anything for granted.

The Premier A league is proving an exciting affair to date and on Sunday there are a couple of games well worth a visit.

An energetic Fairview Rgs B take on one of the League favourites in Newport while Moyross welcome Holycross.

Cappamore are another side impressing and they travel to town to take on Carew Park.