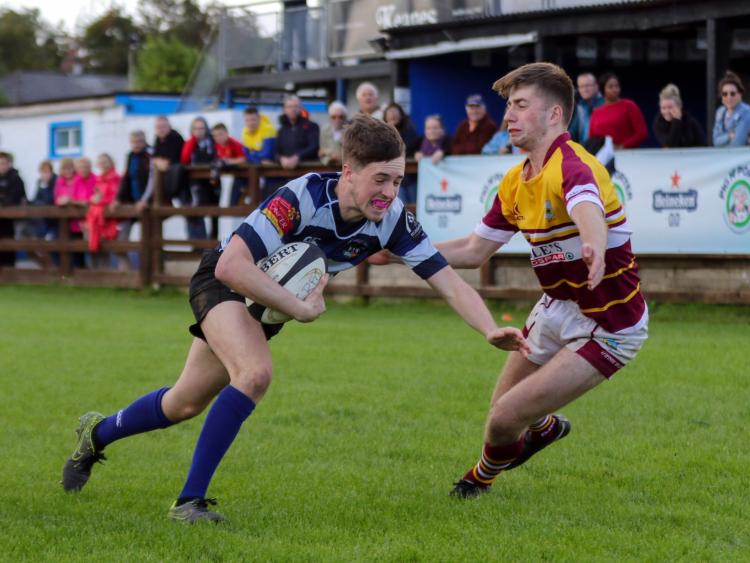 RESILIENT Old Crescent set up a Limerick Charity Cup final showdown with holders Young Munster after edging past a gritty Bruff side 21-19 in their dramatic semi-final clash played at Rosbrien on Saturday afternoon.

AIL Division 2C side Bruff, who had stunned top flight club Garryowen in the quarter-finals, were leading their hosts 19-14 as the clocked ticked into stoppage time.

However, who had themselves shocked Shannon in their quarter-final eight days ago, produced a powerful final surge to snatch victory from the jaws of defeat.

Crescent's scrum proved a powerful weapon in their armoury as the clock ticked down. Bruff lost two players to yellow cards as the home side's weight of pressure began to tell in those nerve-jangling final minutes.

Bruff were unable to hold out. Awarded a penalty deep inside the South Limerick side's '22, Crescent opted for a scrum and from a straight forward 8-9 move, scrum-half Evan Griffin darted over for a try which levelled the scores at 19-19.

Out-half Ronan McKenna then landed an excellent conversion from wide on the left into a swirling wind to help the home side into a 21-19 lead.

The drama wasn't done yet, however. From the resultant kick-off, Bruff won a penalty just inside the Crescent 10m line. However, Bruff's French-born place-kicker Florent Riguet was narrowly off target with his penalty attempt in the blustery conditions.

It was Bruff who had made the better start to the game, with the visitors enjoying a 12-7 interval lead.

The Kilballyowen Park side led 5-0 after just two minutes when prop Brendan Keogh touched down after a well-executed driving maul.

Back came Old Crescent and the home side hit the front 7-5 when Niall Hardiman dotted down for his second try in a week in the competition, while McKenna duly added the extras.

Bruff were back in front shortly before half-time when a terrific piece of play from their hugely influential scrum-half Patrick Lloyd created the opening for rampaging second row Tadhg O'Dwyer to touch down.

Riguet's conversion stretched the Bruff advantage to 10 points at the break.

When Bruff struck for their third try of the game three minutes after the restart through tighthead prop Jack Fitzgerald, again converted by Riguet, the visitors looked well placed to reach the final, now leading 19-7.

However, two tries, scored by prop Donal Murphy and that late effort from Griffin - both of which were converted by McKenna - ensured it was to be Old Crescent's day ultimately.