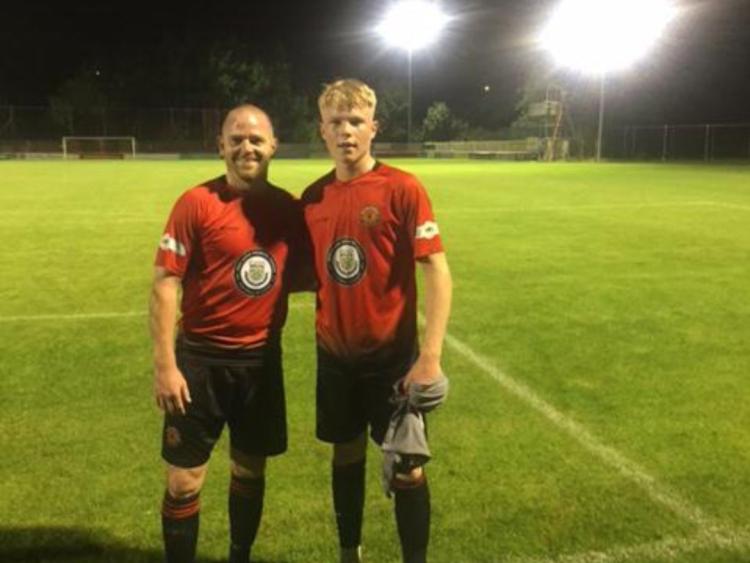 A LIMERICK man and his son made FA Cup history on Friday night when playing in the same winning side.

Monagea man John McGrath and his 16-year-old son John A McGrath both played for non-league side Mickleover Sports which defeated Coventry Sphinx in their Emirates FA Cup preliminary round tie at the Don Amott Arena.

Former Aston Villa star John started the game in midfield for the BetVictor NPL Premier Division side, who are based in Derby, while his son John A was introduced as a second half substitute in the 3-0 win.

Thirty nine-year-old John McGrath is currently player-manager with Mickleover Sports. The former Rep of Ireland U21 international was at Aston Villa between 1999 and 2003 and played in the Premier League. He also spent time with Limerick FC.

Mickleover Sports make History, Father and Son Play in the Same Team last night in the win over Coventry Sphinx, in the FA Cup ,congratulations to the McGraths. What an achievement. pic.twitter.com/hfJ6YGGTMv

He joined Mickleover initially as a player in 2015 before taking on a player-manager role.

John McGrath played GAA with Monagea before moving to Aston Villa FC back in 1999. He won a junior hurling county medal lining out with his dad 'Hopper' in 1997 now player coach.

Congrats to John junior and Jay McGrath, John played with Monagea before moving to Aston Villa FC back in the late 90s, he won a junior hurling county medal lining out with his dad Hopper in 1997 now player coach still living the dream @MonageaNS @MonageaLGFC @MattOCall https://t.co/9naMmxjCV3