Opinion: Let's start with the man in the middle - Donn O'Sullivan 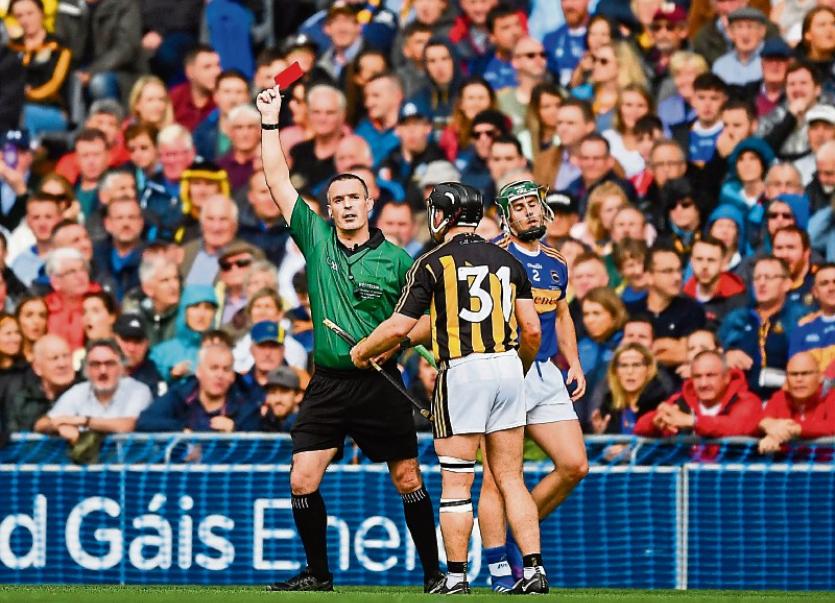 Tipperary's win in the All-Ireland final last weekend has been over shadowed by the fall out from a sending off. The incident which saw Richie Hogan given his marching orders, was a red card all day long. There is no debate. There are no mitigating factors. Slipping, falling and Cathal Barrett going down too easy have all been given as excuses, but there are none.

Not this time. Owens took his time. He knew he needed to get the call right and he did. There was no time to be sentimental. The rules are the rules, be it an U12 blitz or the All-Ireland final.

The players and management of all counties talk about being ruthless and clinical all season long, yet when the referee does same, he is ‘ruining the game’

James Owens knew this was his big moment and he delivered. The narrative this weekend should have been about the man in the middle.

I am sure there are thousands of kids who want to play hurling at Croke Park, there are few who want to referee there. That number will be nil if we continue to slate referees, even when they get something right.

Yes, defeat is hard to take. Yes referees are not always right, but much like the stadium, the ball, the two teams and the managers, we can't play without a referee either.