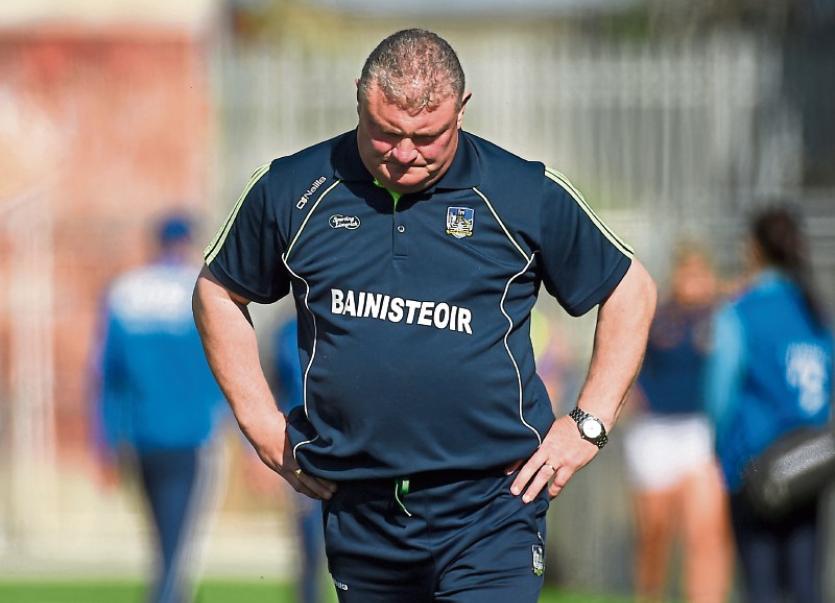 Limerick Ladies football manager John Ryan believes the powers that be in his sport need to base their decisions on what is best for the players and use some common sense.

Ryan was speaking about the workload his dual stars had to contend with this year as Roisin Ambrose, Rebecca Delee and Niamh Ryan all represented Limerick in both Camogie and Ladies Football.

“The big thing here is common sense. This year it was a dream to work with camogie manager Declan Nash. He was absolutely excellent.

“The players have to be treated with respect and the likes of the Munster Council and fixture committees, have to respect players before they do anything else. It is about the players. They take the field.” Ryan added.

“We can plan all we want, but to put two games on the same day or even over one weekend is not going to help.

“Every player out there wants to play for their county. I think it will be down to fixtures, it will be down to the workload of the players. Whichever University or teams they are on, need to sit down and talk about it all” the manager concluded.

LIMERICK'S Ladies Gaelic footballers will drop back to junior ranks for next year after suffering a 3-21 to 3-5 defeat to Laois in their relegation play-off game in Cahir, Co Tipperary on Sunday afternoon.

Limerick were left with a mountain to claim when trailing Laois by 12 points, 2-12 to 1-3, at half-time in their intermediate relegation play-off. The Limerick goal had arrived early on from Mairead Kavanagh.

Despite two second half goals from Catriona Davis and Kavanagh's second of the game, John Ryan's side still trail by 2-20 to 3-4 with a little over five minutes remaining.

A third Laois goal late on set the seal on an impressive win for the Leinster side against the 2018 All-Ireland junior champions Limerick.

Ryan and his backroom team have not yet spoken about next season.

“We came away on Sunday, no one said anything. We need a few weeks to digest where we are, where we are at. We will meet with the County Board and the players again and we will see where we are at. It is only the week after the championship and no decision will be made for a while”

The Limerick team found the higher tier a challenge this season in both the league and the championship with Ryan admitting his was surprised at the standard.

“The writing was on the wall against Tipperary. We found it most challenging against them in Thurles. We regrouped within two weeks, and we came back again against Clare.

“We played really well in Cusack Park in Ennis. Then in the first round of the of the championship against Kildare we were in the game, for periods of it. We just couldn't get to complete a performance.

Keeping the current panel together will be key to success admits Ryan.

“On Sunday, Laois were far better than us. Most of their team would be five years ahead of us in S and C etc, that is key. We need to keep this group together to advance”