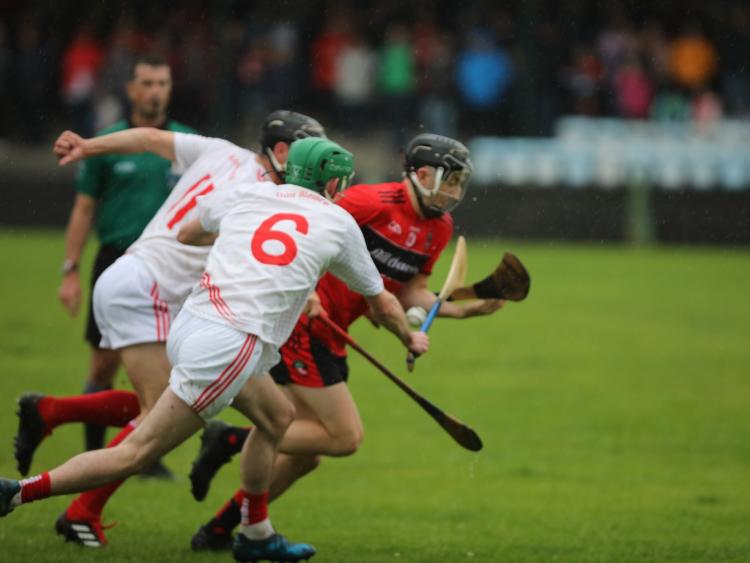 Doon deservedly ran out 1-14 to 0-14 winners of Adare at a wet Kilmallock, while Patrickswell had it easier in maintaining their 100% record in this year's championship when accounting for South Liberties by 14 points, 3-17 to 0-12, at Childers Road.

Powered by a goal from a 12th minute penalty from Limerick senior player Darragh O'Donovan, Doon led Adare 1-6 to 0-6 at half-time in wet and greasy conditions.

Inspired by another inter-county player Pat Ryan, who helped himself to five points from play, and the lively Dean Coleman, who hit three points from play as well as two from frees, the East Limerick side managed to keep their opponents at arms length.

Adare had an over-reliance on Willie Griffin for scores from placed balls. To their credit, Adare hung well in the game right until the closing stages and it took a smart save from Eoghan McNamara in the Doon goal in stoppage time to prevent the West Limerick side from claiming a share of the spoils late on.

Meanwhile, at Claughaun, Patrickswell took control of the game from the start to lead 2-2 to 0-1 after 15 minutes, the goals coming from Kevin O'Brien and John Flynn.

The 'Well's lead had stretched out to 12 points at half-time, 2-11 to 0-5, against a side which is yet to register a win in this year's championship.

Kevin O'Brien grabbed his second goal after the retart while sharpshooter Aaron Gillane finished with 0-7, including three points from play.

Brian Ryan scored nine points for Liberties, with eight of them coming from frees.