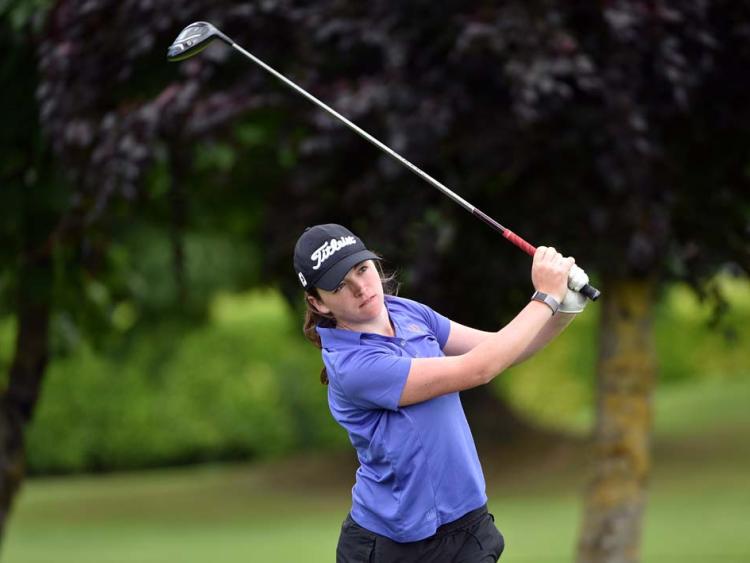 LIMERICK golfer Chloe Ryan, from Castletroy Golf Club, will team up with Shannon Burke, from Ballinrobe Golf Club to represent Ireland in their R&A Womens Home Internationals match with Scotland in Dundee this Wednesday morning.

Ryan and partner Burke will face the Scottish pair of Hannah Darling and Louise Duncan in their foursomes match which tees off at 8.40am at Downfield Golf Club.

A match consists of three foursomes and six singles, each over the same 18 holes, with the foursomes being played first.

The scores are calculated by team results with each team scoring one point for a team win and half a point for a halved match.

Twenty five-year-old Castletroy Golf Club member Ryan will be part of a seven-strong Ireland squad for the prestigious event.

UCD law graduate Ryan, who is now based in London where she works for a law firm, won the prestigious Critchley Trophy at Sunningdale at the end of May.

From Limerick’s South Circular Road, Chloe Ryan won the Irish, Ulster, and Munster girls’ golf titles in her teens and first played for Munster Ladies when she was just 15.

Last summer, Ryan competed at the prestigious Arnold Palmer Cup in France, as a member of the International team which faced the USA in the annual Ryder Cup-style golf event which showcases the top 24 men and women college golfers. The Castletroy Golf Club member has qualified for the Arnold Palmer Cup with a win at the R&A Foundation Scholars Tournament in St Andrews in April 2018.

The talented Limerick golfer has also completed a Masters in International Sports Law at ISDE, in Madrid, Spain.

The R&A Womens Home Internationals was first played in 1902.

The 2019 R&A Womens Home Internationals is being played at Downfield from August 7 to 9.

Scotland were crowned champions at the R&A Womens Home Internationals in 2018 after defeating Ireland on home turf in the deciding match at Ballybunion.