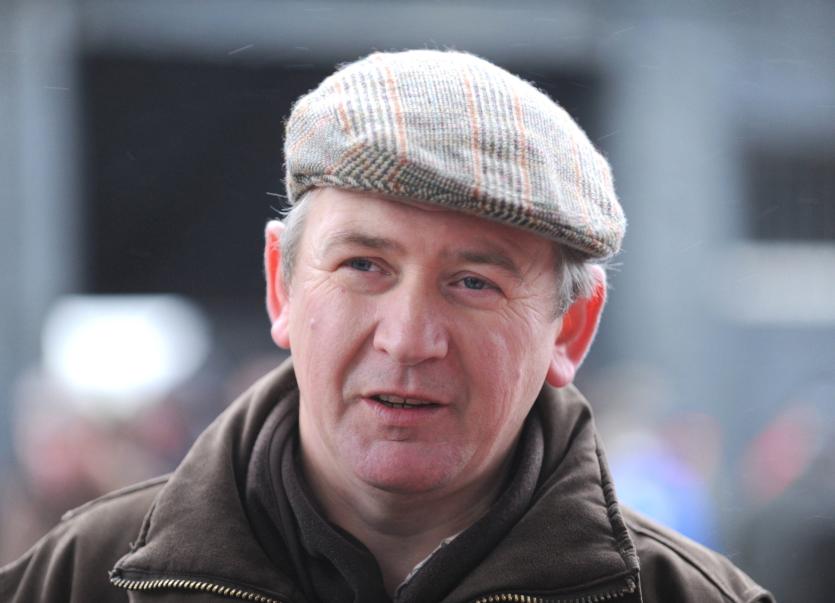 LIMERICK trained Byrnes was back in the winners enclosure at the Galway Summer Festival on the final day when his Mr Smith was an impressive winner of the Kenny Galway Handicap Hurdle.

Mr Smith, who was a winner on the Flat at Carlisle last month for Ballingarry-based handler, ran out a 10-length winner from  Goodnightngodbless under Adam Short.

The Limerick-trained eight-year-old had not run over hurdles since August 2016. The winner was returned at odds of 8/1, after being well backed from prices as big as 16/1 earlier in the day.

Winning trainer Byrnes said: “He’d a light weight and with the ground getting softer it told more – he just out-galloped them really.

“The form of his Carlisle race had worked out terribly well (second and third both won since) and he’ll mix and match between jumping and the Flat.”

“He’s by Galileo and is probably the only Galileo I will ever have. He broke down quite badly and was out for two years. He’s back now and is entered again at Roscommon on Tuesday.”

Great to see one of the yard favorites win today. Thank you to @KennyGalway for their sponsorship of the race. @Galway_Races it has been a fantastic week of racing and thank you for your hospitality for owners all week. @hriowners https://t.co/3C986DvPle

Meanwhile, Ballingarry jockey Billy Lee rounded off the marathon Galway Festival by scoring his fourth win of the week when partnering 7/2 shot Raven’s Cry to victory in the the Foran Equine Irish EBF 2-y-o Auction Maiden for trainer Paddy Twomey and Billy Lee.

The Ballingarry had scored a hat-trick of wins aboard the remarkable One Cool Poet earlier in the week.

Lee's mount Raven's Cry was quickly away out of stalls and was able to get a good early position behind the front-running Natural Power.

Lee sent her for home early in the straight and the winner ran on to win by a length and three-quarters from 12/1 chance Natural Power, with Helvic Dream staying on well into third another length and-a-quarter further back at odds of 16/1.