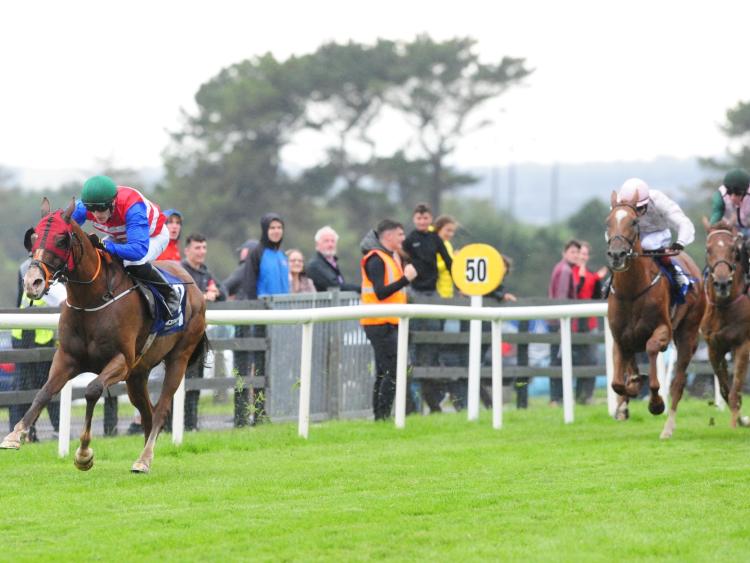 IN-FORM Limerick jockey Billy Lee was the toast of punters at the Galway Summer festival when partnering One Cool Poet to become only the second ever horse to record three wins at Ballybrit in the same week.

Ballingarry horseman Lee and his mount One Cool Poet received a terrific ovation from the big holiday crowd at Ballybrit after coming back into the winners' enclosure following the duo's third win at the track in six days.

Busted Tycoon had been the first horse to achieve the remarkable feat of a hat-trick of wins over the week-long Festival in 2013.

Trained by Matthew Smith, seven-year-old One Cool Poet had only previously won one of his 29 races – but has became just the second ever to win three times at the seven-day meeting.

His great week started on Tuesday with a win over an extended mile, scraping home by a neck.

On Thursday he stepped up to a mile and a half and defied a 6lb penalty, winning by a comfortable length and a half.

Turned out again under a 12lb penalty over the same distance on Saturday -and once again ridden by Lee, as he had been all week – he came sweeping through to record his easiest success of all by five lengths at 11-4 in the McDonogh Capital Investments Handicap.

“It is brilliant. I’m shocked, and it is dream stuff for me,” winning trainer Smith said.

“He has been up and down to the yard all week and was out in the field on Wednesday, had a hack on Thursday morning, same on Friday and then today.

One Cool Poet notches his THIRD win of the week at @Galway_Races!

“He was really relaxed and chilled out in the parade ring, and I was going to tell Billy (Lee) that I thought he was better today – but was nearly afraid to say it!

“Busted Tycoon did it a few years ago. But that was on the Flat and over hurdles – and this lad is the first to do three on the Flat.”