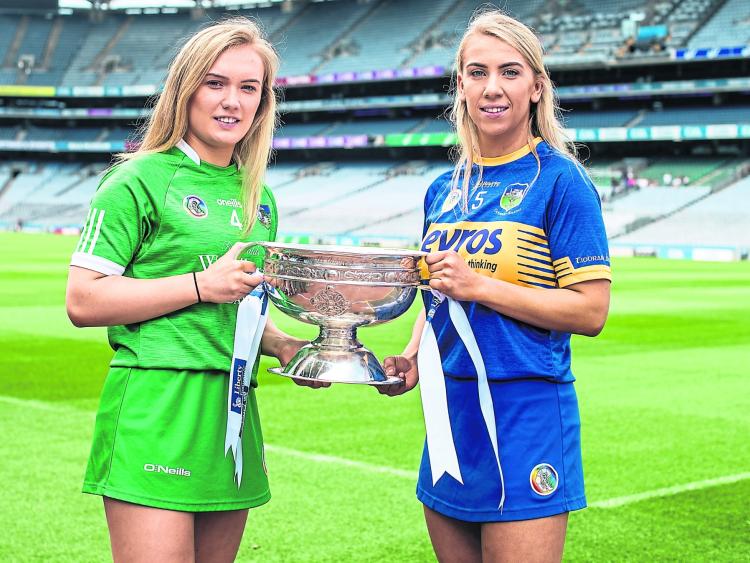 IT’S new ground for the Limerick camogie side this Saturday – appearing in the knockout stages of the All-Ireland Senior Championship for the first since in 14 years.

Limerick play Tipperary in the quarter final in Semple Stadium this Saturday (5.30)

Thurles hosts a quarter final double-header with Galway v Waterford at 7.15 – both games are live on RTE television.

It’s the first meeting of the sides in the knockout stages of the championship since 2003 – Tipperary were 18-point winners in that semi final enroute to eight final appearance in succession, which returned all their five All-Ireland titles.

Limerick have never won the O’Duffy Cup and the only final appearance was 1980. This Saturday Limerick bid to advance to the August 17 semi finals, where Cork and Kilkenny await.

Top scorer Niamh Mulcahy is the only player remaining from the last knockout game – losing to Cork back in 2005.

“It’s a huge occasion and we are really looking forward to it. Its going to be a great occasion and is great for the girls but we are not here for the occasion, we are there to try and get over the line,” said Nash.

“We have been knocking on the door and have gone down to the last round on a couple of occasions, so getting over the line and getting to the knockout stages is a huge testament to the group who have put in a lot of dedication to make this happen,” said the Limerick manager.

Limerick’s championship has seen wins over Wexford and Offaly and defeats to Galway and Kilkenny.

“We are a work in progress all the time and searching for consistency of performance,” said Nash, who has Ciaran Carey as part of his backroom team.

“We are really happy with our progress and obviously there were defeats and they hurt but we are learning everyday we go out. We still have a lot to learn as a group - there is an awful lot more in this group of girls and they will be in the knockout stages on a much more regular basis,” stressed the manager.

It’s Limerick’s first game in the knockout stages since 2005.

”Its an All-Ireland quarter final so I don’t think the pressure is ever off. You can look at it many ways but there is always pressure,” said Nash.

“This is a really really good Tipperary team and we will go in as underdogs on Saturday. We have produced some super performances this year against top opposition so we are genuinely only looking at performance on Saturday,” said Nash.

The last championship meeting of the teams was in 2017 – Limerick winning 1-20 to 3-12 thanks to 15-points for Niamh Mulcahy. The sides havent met this year while last year, Tipperary won a Munster Championship tie.