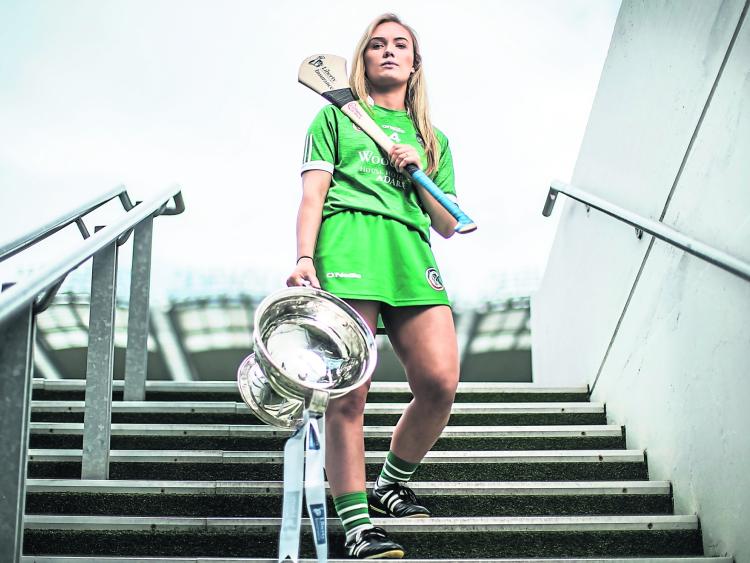 ALL athletes hide guilty pleasures but Marian Quaid has no qualms about digging into a pack of Starbursts.

“I repeated the Leaving Cert and they got me through it twice. I am addicted” she concedes with a broad grin.

Quaid cuts a relaxed figure ahead of tomorrow’s Liberty Insurance All-Ireland Senior Camogie Championship Quarter-Final against Tipperary at Semple Stadium (5.30pm) but the Bruff defender takes no prisoners on the pitch.

When it comes to life, she knows what she wants too and if her favourite sweets played some calming role in the process of attaining the points needed to pursue a physiotherapy degree at the University of Limerick, it was Quaid’s DNA that predisposes her to fight and graft for what she desires that is the key ingredient.

The 21-year-old will start second year in September, satisfied that the decision to repeat – such a difficult one for a teenager whose peers are moving on to the next exciting phase of their lives – was the correct one.

“I always wanted something in healthcare. Even the first year I did (the Leaving) I wasn’t sure. The second year clarified that.”

Not being a goalkeeper probably gives it away but she is not from the branch of Quaids that has dominated Limerick hurling netminding for close to half a century. Like them however, it was her father, Mike, who was the role model and tutor.

“It all started with my dad out in the front lawn pucking. He would have you, ‘Both sides now.’ Then I started U6s. I started when I was five with Bruff. I have been playing it ever since.”

She always stood out and when the time came, county involvement was inevitable. Quaid was only 16 when a non-playing sub on the history-making All-Ireland Minor-winning squad in 2014 and such was her potential that she was brought into the Senior set-up the following season.

“A lot of those players that were on that panel are now starting on the Senior team. It is a very young panel. Even the year that we won (the Minor), they won the Intermediate as well. It was a great year for Limerick. But we just haven’t done much since. We are trying to build on that.”

Which is why reaching the knockout stages for the first time was such an important hurdle to clear.

“Over the past few years confidence has been a bit of an issue for us. We could have a good League and get to the Semi-Final for five years in-a-row and not perform in the Semi-Final. We just need to back ourselves a bit more. This year we just took one match at a time. There was no going into Championship (thinking) you have to win two matches. From the start of May it was Offaly, Offaly, Offaly and once Offaly was over it was Wexford, Wexford. It is just one step at a time now. That is how we are taking it.”

They are satisfied with their performances, particularly in defeat to Galway, when Declan Nash opted to give his three dual players a rest, with qualification almost assured.

They suffered a very heavy defeat to Kilkenny a fortnight ago but it is Tipperary on the horizon now.

“Kilkenny wasn’t great. It wasn’t our best performance but Kilkenny are unbelievable, you have to give credit where it is due. But we can’t dwell on that now. Now is a time where we have to learn from it and focus on Tipp.

“I know after Kilkenny we were obviously disappointed but we just left it in Kilkenny. Your back is against the wall now and that’s exciting, to be playing knockout Camogie. Tipp are all we’re thinking about now and we’ll give it everything we have.”