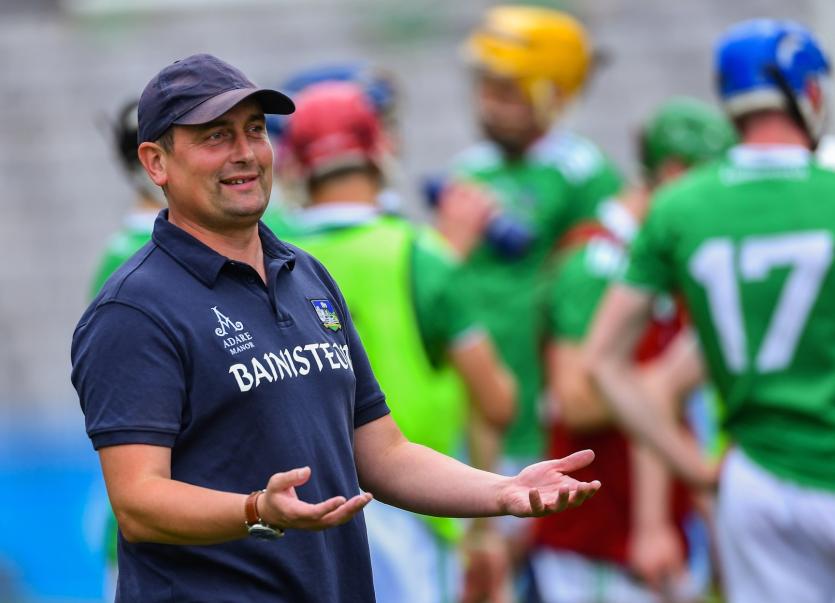 LIMERICK minor hurling manager Diarmuid Mullins admitted to being very disappointed as his young charges exited the All-Ireland series, stressing that their display against Kilkenny was not a true reflection of the team's worth.

Munster champions Limerick failed to produce the intensity levels which had characterised their excellent run to the provincial championship when succumbing to the beaten Leinster finalists at GAA HQ on Saturday.

Afterwards manager Mullins said: “It's disappointing. We didn't really flow in the first half, but we were still in the game at half-time. We recovered well from the goal early on in the game, but we didn't just get going at all in the second half to put any pressure on Kilkenny and really the game was over with 10 minutes to go unfortunately from our point of view, so it is just disappointing.

“We just have to look at why that was the case, but look I am very, very proud of how the lads represented Limerick right throughout the year.

“Today isn't an accurate indicator of where that group is, but look we weren't good enough on the day and Kilkenny go to the final, a good Kilkenny team beat us here today.”

Mulllins said he did not believe the four week break since the Munster final had impacted on their preparations in the lead up to the semi-final, but agreed it was something he would consider in light of the Shannonsiders’ defeat.

“Look, I thought we handled the four-week break reasonably well, but maybe now that you look at it you have to look at those things again.

“I thought, in the first half, even after conceding the goal, we came back to be a point up 15 or 16 minutes into the game. Really they got a couple of scores before half-time, but two points I don't think was a massive difference at half-time and you could have said that we had a couple of half chances to even be closer at half-time.

“The big question for us was could we improve in the second half in terms of our performance but we just didn't get there.

“We struggled really in the middle third, sometimes from breaking ball, and they had a number of players who won primary possession which is very difficult to deal with when their confidence was up today and they played really, really well today.

“We didn't play as well so you get what you deserve in terms of that.”

Several members of the Limerick squad are underage again for minor level in 2020.

“There is young players there that next year I am sure will be good players, players coming through from U15 and U16 level and it will be up to people to mould a new team and go at it again.

“It is all about bringing through and developing players at a good level and getting back to Croke Park and see can we perform a little bit better in Croke Park.”