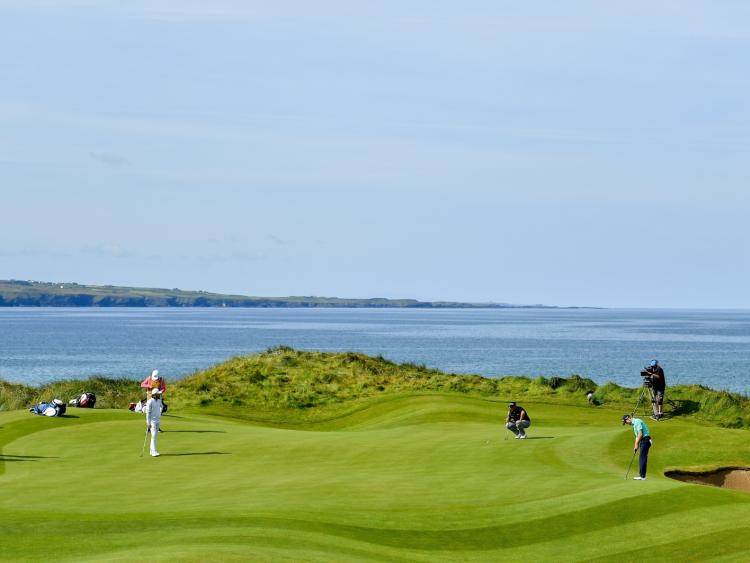 A NUMBER of Limerick-based players have given themselves a fighting chance of qualifying for the matchplay stages of the 118th Pierse Motors-sponsored South of Ireland Amateur Championship after the opening round of strokeplay at Lahinch Golf Club on Wednesday.

The top 59 players will make it through to Friday's matchplay stage of the 'South' after the completion of the second round of strokeplay at Lahinch on Thursday.

Castletroy Golf Club's Jack Ryan was among those to open with a -1 round of 71.

After two bogeys on the 6th and 10th holes, Ryan was +2, but rallied strongly. The highlight of his round was an eagle two at the 13th hole, while he also birdied the 12th.

Limerick Golf Club's Owen O'Brien is also inside the top 20 on -1 after mixing four birdies with three bogeys in his opening round.

O'Brien turned in 34 with birdies at the third, fourth and eighth to sit at -2, following a bogey on six.

O'Brien also birdied the par four 10th hole, but finished his round with bogeys at 12 and 17.

Hugh Foley (Royal Dublin) tops the Strokeplay leaderboard after day one at the South of Ireland. Foley shot an eight under par 64, and leads the field by two.

Rosslare’s Paul Murphy is second on 66 with Sean Desmond, Paul Coughlan, Rhys Clarke and Cathal Nolan all tied on 67.

Fine weather and the lightest of breezes contributed to good scoring conditions, and the early starters posted the best of the results, led by Foley.

It was a good say for scoring on the Old Course, with over 50 golfers shooting par or better.

And with another 20 golfers within two shots of that, the pressure will be on on Thursday to make to top 59 to get through to Friday’s first matchplay round.

Five Walker Cup panellists as of closing date for championship already in the draw for Friday to make up the 64 players who was qualify for the matchplay stages.

Play in Lahinch commences at 7am on Thursday, with the last group going out just before 4pm