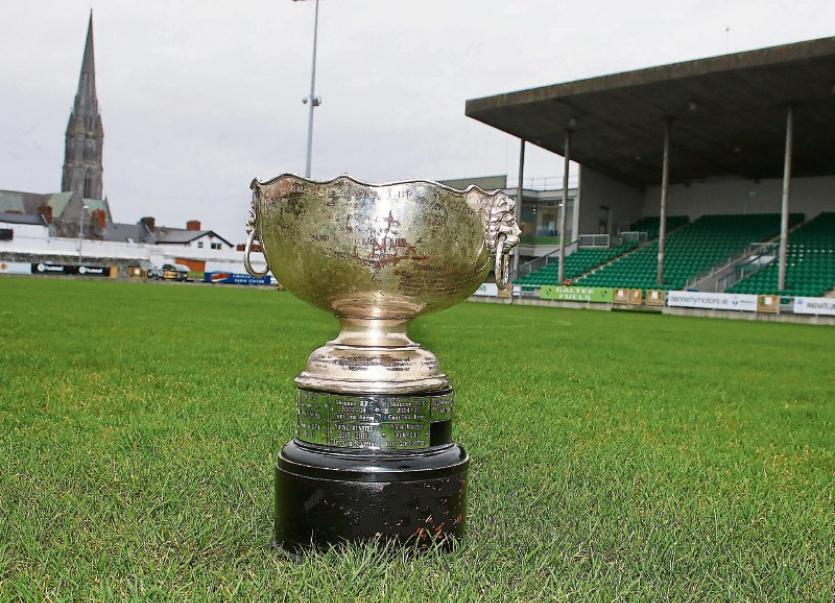 Eyes on the Prize: The Limerick Charity Cup draw has been made for next season

THE draw has been made for the 2019/2020 Limerick Charity Cup, the traditional start-of-season domestic club rugby competition.

Holders Young Munster have been handed a bye into the semi-final of the competition which kicks off on the weekend of August 23-24.

Munsters' will face the winners of the quarter-final tie featuring UL-Bohemian and Nenagh Ormond. That last eight game is due to take place on Saturday, August 24, in Ormond Park at 2.30pm.

AIL Division 1A side Munsters' regained the Charity Cup with an impressive 40-6 final victory over arch rivals Garryowen at the Markets Field last December.

In the other two quarter-final ties, Bruff will host Garryowen at Kilballyowen Park also on Saturday, August 24 at 2.30pm, while Old Crescent will entertain Shannon at Rosbrien the previous evening, Friday, August 23 at 7.30pm.

The winners of these two respective games at Kilballyowen Park and Rosbrien will meet in the semi-finals of the Limerick Charity Cup.

Originally known as the Hospital Cup, the Limerick Charity Cup competition was introduced in 1924 by Garryowen’s Jack O’Sullivan to raise funds for Barrington and St John’s Hospital in Limerick.

He went onto become President of Garryowen, the Munster Branch and the Union, and was responsible for bringing the first international game to Limerick in the late 1800s, with Ireland playing Wales on that occasion.