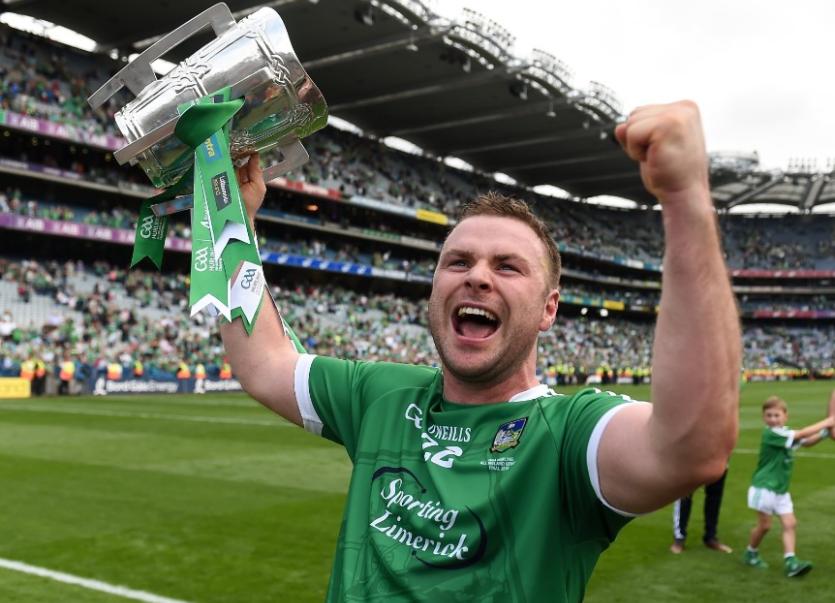 RICHIE McCarthy is back in full training ahead of Limerick's All-Ireland senior hurling championship semi final.

A fans favourite, McCarthy sustained a cruciate ligament injury just weeks after the All-Ireland final win last August when lining out for his club Blackrock.

Last weekend McCarthy took a full part as Limerick stepped up preparations with a weekend training camp in Johnstown House in Enfield, Co Meath, where they also attended between the Allianz League and Munster SHC.

McCarthy has also played with his club in a challenge game against Ballysaggart of Waterford.

The full back featured in three of Limerick's eight game run to the Liam MacCarthy Cup title last Summer - playing the last 20-minutes of the final for the injured Mike Casey.

McCarthy and Tom Condon are the two elder statesmen of the 37-man Limerick man at present - both playing in the 2005 All-Ireland minor hurling final loss to Galway.

Limerick have used 25 different players in their five games in the 2019 championship and the return to full training of McCarthy means just Barry Murphy remains on the sidelines and unavailable for selection for the July 27 All-Ireland SHC semi final with Kilkenny.