Limerick forward ruled out of the remainder of the hurling championship 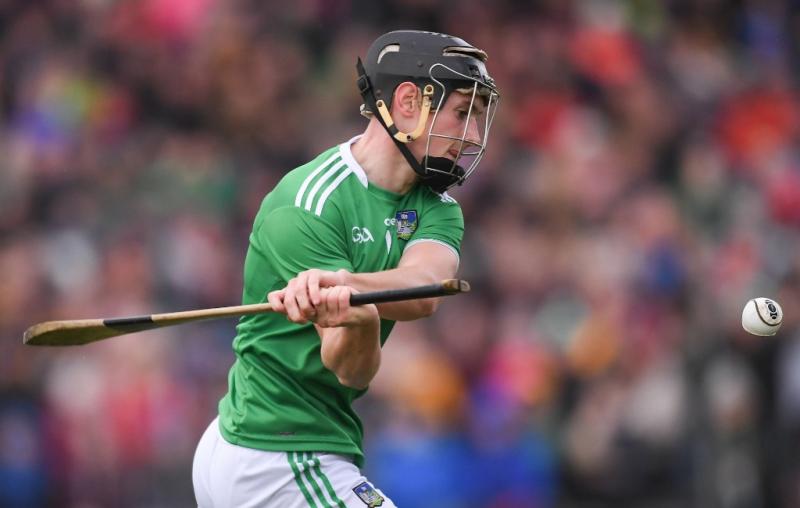 LIMERICK will be without forward Barry Murphy for the remainder of the Munster and All-Ireland Senior Hurling Championship.

The Doon man faces up to four months on the sidelines after a bad hamstring injury - sustained in the final minutes of the win over Waterford on June 2.

Murphy had a operation in the Mater Private Hospital in Cork last week and was on crutches in Thurles on Sunday.

The forward was introduced as a substitute in the Munster SHC games with Cork and Waterford before the injury ruled him out of the Waterford and Tipperary games.

Murphy underwent a number of scans before the seriousness of the injury was determined and that it would require surgery.

Murphy joins full back Richie McCarthy on the long-term injury list - the Blackrock man working his way back to full fitness after a cruciate ligament injury.

Limerick entered the championship with a panel of 37 and during the league had also lost Adrian Breen to a season-ended shoulder injury.

The loss of Murphy and McCarthy leaves John Kiely and his management team with a panel of 35 players for the remainder of the championship.

Limerick have used 24 players - 19 in starting roles - across the four group games in the Munster SHC.

Limerick captain Declan Hannon will be back to lead the All-Ireland champions into the final after missing the loss to Tipperary.

“Declan had a bit of a groin strain and it would have been foolish of us to play him today. He is in rehab and should be back by two weeks time,” reported Limerick manager John Kiely after Sunday's  four point loss to Tipperary in Thurles.

Cian Lynch, Graeme Mulcahy and Gearoid Hegarty were all among the subs in Semple Stadium but the manager stressed it was necessary.

“We have fellas pushing hard in training and they need to get their chance. No single player owns a jersey - it’s got to be whatever is best for the team.”