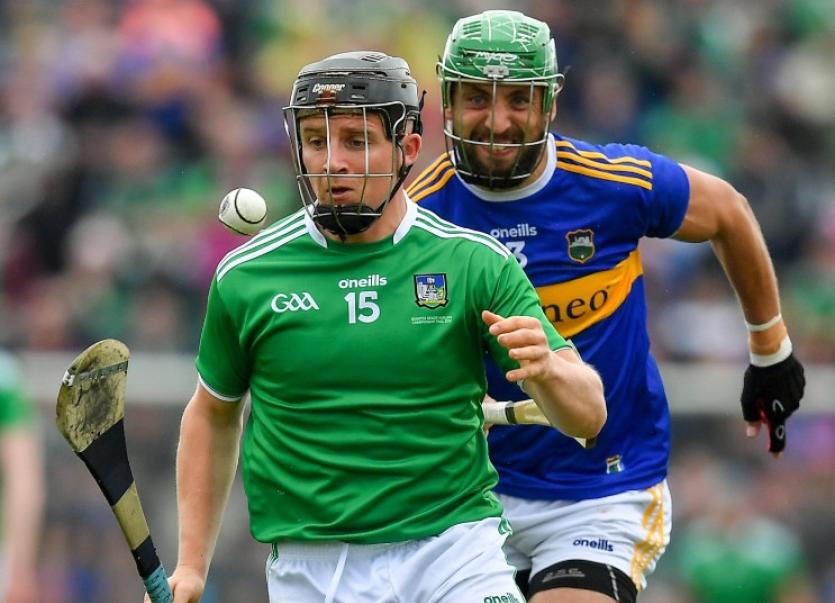 "THESE are the days you grow up for," beamed Peter Casey after Limerick's Munster SHC title win.

"To finally get over the line is a dream come true - it feels unbelievable," said the Na Piarsaigh star who earned the Man of the Match accolade after a haul of 1-5.

Not only did he lead the scoring charts, but Casey and his fellow forwards set the tone with their work-rate.

"It does typify what we are about. We try to get in as many tackles as we can from the forwards. It is more about the tackles than the scores. It is fantastic. Thankfully, those tackles turned into scores today," he explained.

The provincial final win was Limerick at their best this season?

"I thought we were fantastic against Waterford and Clare, so this didn’t just come out of the blue. Lovely to be heading back to Croke Park," said Casey.

In the end there were 12-points to spare - Limerick's biggest Munster final winning margin since 1935.

"Tipperary are a fantastic team. They coasted through the round-robin. It is just one of those days where everything fell our way, but I’m sure Tipperary will have a big say yet in the championship," he stressed.

"Of course, we were disappointed. Everyday we go out, we want to win. I know there was a lot of hype there saying we didn’t want to win. Jesus, we wanted to win that game just as much as wanted to win today. As I said, we are absolutely to get over the line today," said Casey.

"We lost to Tipperary two weeks ago, we learned a lot from that. The work we did with Paul and the last over the last two weeks, on puck-outs and other stuff has been absolutely fantastic and it is a testament to them that it all came to fruition today."

Limerick were big winners in the end but Tipperary were five points clear after 17-minutes when Seamus Callanan goaled.

"We knew that was going to come, especially against the wind. It was just about building ourselves into the game and kinda stopping any momentum they had and thankfully, we did that and managed to regroup at half-time. We were ahead at half-time which was a huge, huge lift to us. We knew if we stuck to the game-plan and stuck to what the lads said to us at half-time that it would stand to us for the rest of the game."

The Limerick response to the Tipperary goal was to notch eight of the next 11 scores.

"A goal is a huge moment in any game. Thankfully, we pushed on for the rest of that half and for the second-half, as well," he recalled.