Camogie star admits Limerick 'took their eye off the ball' 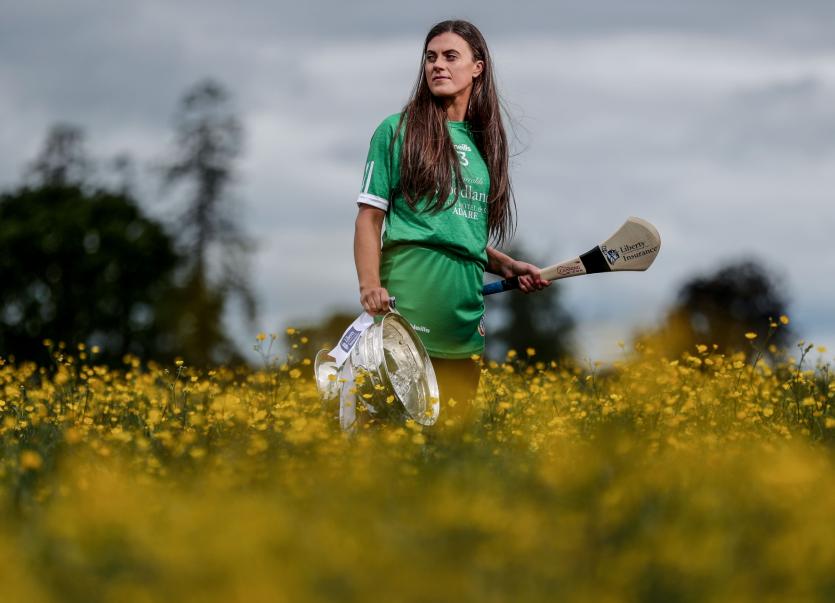 LIMERICK have been among the great underachievers of Camogie in recent years and no-one has been more frustrated than the players themselves. For five seasons in a row they have reached the last four of the National League but failed to make the knockout stages – a last six remember – in the Liberty Insurance All-Ireland Senior Championship.

It is a staggering record really, given the talent at their disposal. The players and various management teams have attempted to get to the root of the problem over time but Muireann Creamer believes that they may have unearthed the reason at last.

Ironically, she maintains, positive results and the calibre of personnel fuelled confidence to the extent where they tended to look beyond the immediate challenge. And so, season after the season, the group stages ended their involvement in summer fare.

This term, they have opened with victory over Offaly and at 5pm this evening, host struggling Wexford at Croagh GAA. It is the type of game that in the past, they might have chalked down as a win in their subconscious before throw-in but not now.

“This year we are not focusing on making any Quarter-Final or anything. We are just focusing on one match at a time.

“It’s positive thoughts. Sometimes we can be a bit negative inside there, picking out what is wrong. It is time to change the mindset, focus on what we can do well and perform on the day really.”

“Definitely in the last few years we were saying. ‘If we win two out of the four matches, or if we win our first three matches, we will qualify for the Quarter-Final.’ Rather than focusing on winning each individual match as they came along. We took our eye of the ball. This year we will try and really focus on that.”

Creamer hopes too that Declan Nash’s crew can tap into the feelgood factor surrounding hurling in the county at the moment, with the All-Ireland and League champions hoping to add to their haul of silverware in tomorrow’s Munster Final against Tipperary.

“There is a great atmosphere around the county. You see all the younger lads out with their hurleys and the girls out pucking against the walls and up at the pitches. In comparison to the last few years, everyone has got on board with it which is great. There is a nice buzz around. It is great to have the Liam MacCarthy in Limerick.”

They would love the O’Duffy too but again, that is too far down the road to be talking about now. That environment is similar though, positive. What is notable about the hurlers is that they seem to enjoy themselves and get on with one another. The same applies with the Camogie side.

“I’m six years now with the Senior team. We won the Intermediate (in 2014) and went up to Senior. Before that I played the whole way up along from Under 14. It’s nice, you are used to all the girls you are meeting. It is the same group of girls there the whole time. You form a great bond with them. They are your best friends. You see them days in nights out, it’s great.

“That is hugely important, that you get friendly with those. If you create that kind of a bond with them it will show on the pitch. You will have each other’s backs the whole time. It is great.”

The 24-year-old is a PE and Irish teacher at Waterpark College, just across the road from the De La Salle club on the outskirts of Waterford city. She loves it there and jokes that she has had to warn off De La Salle Déise star Beth Carton, herself studying to be a PE teacher.

It is summer now though and the focus is on Camogie. She just missed out on the All-Ireland-winning Minor team of 2014 but that crop of players is now reaching maturity, when perhaps too much was expected of them too early before now.

“It is great. We are just trying to hope that the experience can come of us and maybe get a performance this year in the Championship. You have the likes of Sarah Carey, Niamh Mul(cahy) and Mairéad Ryan they are all that bit older than us. They are great leaders on the pitch. They always show great experience. And we need that.”

Today is another chance to show that they are finally getting it right.