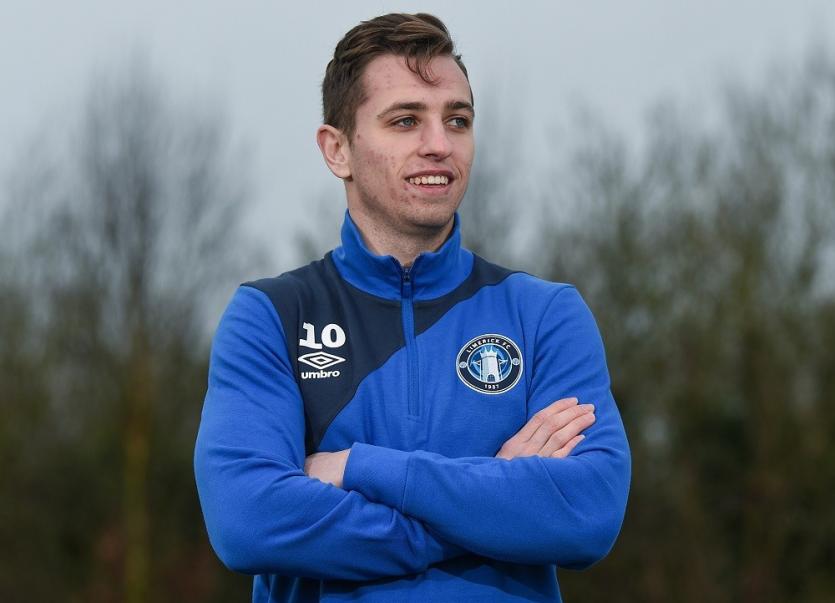 LIMERICK FC have been dealt a blow ahead of the resumption of the SSE Airtricity League First Division season this Friday with confirmation that striker Connor Ellis has left the club.

Barrett said he was disappointed to see Ellis leave, not just for the goals he scored, but for the overall impact he made in the squad.

Twenty two-year-old Elllis joined Limerick on a two-year deal in January 2018. The striker, who was Tommy Barrett's first signing in his role as Limerick manager, joined the Blues from Cork City where he had made his first-team debut for the Leesiders in 2015 after impressing for the club’s U19 side.

Having had a loan spell with Cobh Ramblers in 2016, Ellis featured regularly for Cork as they won the SSE Airtricity League Premier Division and the FAI Cup.

Limerick, currently in fourth place in the First Division, will host table toppers Shelbourne in a crucial fixture this Friday night, 7.45pm.

This will be the first game back for both sides since the league's mid-season break.