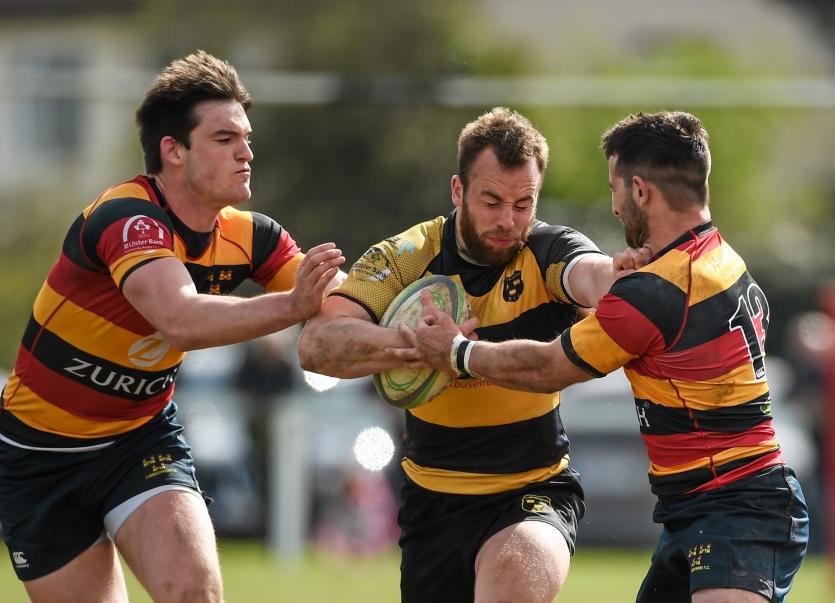 Shane O'Leary, pictured here playing for Young Munster against Lansdowne in the All-Ireland League, has been named in the Canada squad for the upcoming Pacific Nations Cup

FORMER Young Munster out-half Shane O'Leary has been included in the Canada Rugby squad for the upcoming Pacific Nations Cup.

O'Leary, who is a former Connacht player, is currently plying his trade with English Championship side, Nottingham, whom he joined 12 months ago.

Twenty five-year-old O'Leary has won 10 caps for Canada to date. The playmaker made his debut for Canada against Georgia in June 2017, and featured in all four of their matches during the Summer International Series.

The fly-half tallied a total of 13 points on his debut. The Pacific Nations Cup (PNC) is a key part of Canada’s build-up to the 2019 Rugby World Cup in Japan. The PNC will see Canada take on the USA, Fiji, and Tonga, and provides a platform for players to showcase themselves in advance of the Rugby World Cup Canadian team selection.

O'Leary, who featured for Young Munster in the All-Ireland League, was born in Cork and raised in Ballina, Co Tipperary.

O'Leary joined Connacht since 2014 where he made 22 appearances, scoring 43 points. He had earlier spent a season in the Top 14 for Grenoble, where he featured on five occasions for the French side.

The out-half has also represented Canada at Under 20 level, and graduated from the Munster age grade system in his native Ireland as a teenager.

In September 2017, the Canadian international signed for Ealing Trailfinders. After impressing with Ealing, he joined Greene King IPA Championship side Nottingham last July.