Opinion: Neither side will want to bend the knee in Semple Stadium - Martin Kiely 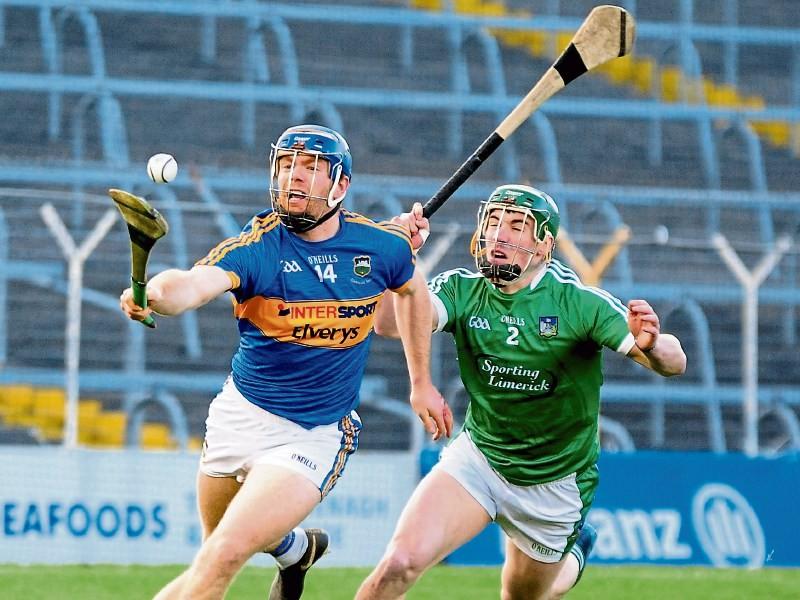 SOMETIMES what you expect never materialises and that was very much the case in the Gaelic Grounds last Sunday.

Experience has taught us that Clare always bring a challenge, but this time round it was tame and lacking the passion you would associate with them.

At no stage were they allowed to put a firm foothold on this game as Limerick were controlled and measured in every aspect of their play.

There was pressure going into this game because failure would have seen Limerick bow out of the championship and in doing so it would have been the first time in 27 years that the All-Ireland Champions would be gone at this stage.

I think the majority of the pressure was inward because as a management and team they have become accustomed to high expectations.

Clare were a wounded outfit and I think most people felt they had more to offer in this Championship. Limerick extinguished Clare’s potential in how they approached the game from the opening whistle.

Limerick set the tone, they dominated and the quality of their hurling blew Clare away. By half time all six of the Limerick forwards had scored and as a unit they strangled Clare.

Clare were shocking and this defeat was the second trimming they endured in seven days.

They went about trying to obstruct, drag and upset Limerick instead of focusing on hurling. Limerick didn’t fall for that and they had no intention of taking it either.

Clare had a couple of great goal chances early on but they were cut out by some very smart defending by Limerick. The best examples of this was shown by Declan Hannon and Sean Finn who was outstanding for the entire game.

Games between Limerick and Clare take on a life of their own and that is why so many people felt it would be a close game. Over the past two games Clare have managed only 0-8 from play after 145 minutes. That statistic tells its own story. Limerick scored 1-19 from play last Sunday and by any standards that is really sharp shooting.

In every aspect of the game Limerick were excellent. They ran at Clare and brushed past them with power. This was a master performance and you get the sense that they have so much more to offer.
For Limerick having a run of games will suit them. The quality of their preparation allows them to excel when it matters most.

Clare were run ragged and they never once looked like they could test Limerick. In fairness to Limerick they hardly gave them time to breathe. Nicky Quaid was razor sharp and he had great support for Casey and English.

Limerick had seventy one possessions in the game, they blocked, hooked, harried and in reality they suffocated Clare.

Limerick were on fire and a perfect example of this was Aaron Gillane who showed once again just how good a forward he is. His goal was superb after a great ball from Kyle Hayes.

Look at any era of the GAA and you will see that it takes one exceptional forward to see teams over the line. Limerick have been looking for such a player for a long time but they have it now in Gillane.
Clare were unable to live with the intensity that Limerick brought to the game.

The attitude and work rate of Limerick left Clare gasping for air. They were unable to stall a Limerick team that simply washed them away.

Any team that brings attitude and work rate will be very difficult to beat but when you have skills to back it up then it makes the task of beating them all the harder.

With only four points from play and with just three scorers you can see the job the Limerick defence did on taming the feeble Clare challenge.

From the time Kyle Hayes made that opening run down field you could see the panic within the Clare set up. William O’Donoughe backed up his performance in Waterford with another fine display.

He has had to battle with injury but he is a very competitive player and brings great energy to the midfield area with Cian Lynch.

It was good to see Tom Morrissey regain form in this game. He had struggled to shine in the previous games but normal service was restored in application and scoring.

This was a championship ending game but Limerick gave a performance that will set them up for the remainder of the season.

Now, there is a lot of hurling to be played yet and it’s best to keep the best performance for Croke Park.

What we have seen from Limerick over the past couple of weeks has been fantastic. Their ability to recover from the Cork game showed the ambition and quality with the entire set up.

It shows their level of desire and how they want more. Playing Tipperary in Thurles to secure a place in the Munster final will bring lots of drama. Could it be the first of three meeting between the teams this season?

Will Tipperary, who are safely in the Munster final, train hard this week or will they use their bench? Will they want to give Limerick an edge?

There will be lots of questions but few enough answers until next Sunday evening. I think Limerick will look after their own business and I think they will go full belt for this game.

Tipperary have showed some magic this season so far and I am not so sure either team will want to bend the knee next Sunday.

The Munster championship might not have reached the highs of last season but the best of the hurling is yet to come.

Up to now it was all about getting points on the board and making sure to be on the train for the All Ireland qualifiers and from here on teams will start to express themselves even more.

It’s a massive weekend of hurling for both Munster and Leinster and we are seeing teams finding form with every game now.

They stood in line for hours to pay their respects to Mary Lee last weekend.

She was an integral part of Newcastle West GAA club. Her family are so well respected and very large crowds turned up to pay tribute to the First Lady of Limerick GAA.

She loved football, she loved Limerick. The term “Limerick to the core” would best describe her.
She stood in dressing rooms, gave out sweets after games and had a word for everyone.

Mary Lee was a great lady and she will be sadly missed by her family and I offer them my condolences at this sad time.

In recent days Bruree GAA lost a great servant in John Lyons. John played in two county finals in 1978 against South Liberties and in 1982 against Patrickswell.

In recent weeks the club gave him a Hall of Fame award. His death comes just a year or so after he lost his wife Rita.

Former club and county player Steven McDonagh said, “John was a gentleman, he was a selector when we won the county. John had so many qualities and was hugely respected in our community.”

To his daughters Eva and Sinead I offer my sincere sympathies.