Limerick open All Ireland Camogie Championship with win over Offaly 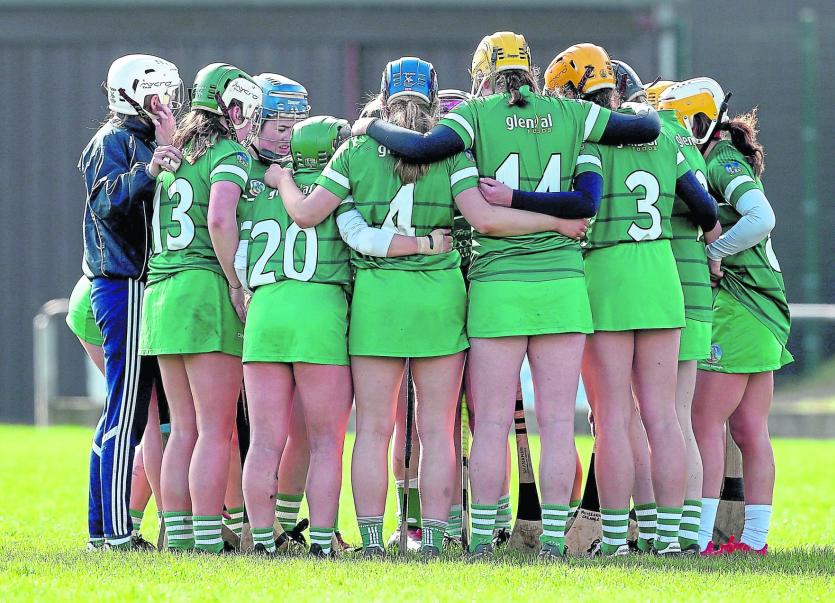 AN injury time goal from Rebecca Delee saw Limerick open their All Ireland Senior Camogie Championship with a victory over Offaly.

Limerick hit the final five scores to snatch the victory after Offaly were a goal clear down the home straight.

Next up for Limerick is the visit of Wexford in two weeks with games away to Galway and Kilkenny to follow.

Limerick had Ciaran Carey as part of their sideline management for this game. While not officially part of the management team he appeared to play a significant role during the game.

Offaly, coached by former Kilkenny hurling star Richie Power and with Performance Psychologist and former Olympian Jessie Barr in their management, retreated an extra player to the middle third from the outset which left Judith Mulcahy free in the Limerick defence.

It was an opening 30-minutes with eight scores each and four wides each but the fourth minute goal from Christine Cleary proved to be the difference.

The sides were level on three occasions but a run of late Siobhan Flannery frees had the Offaly side ahead at the break.

Niamh Mulcahy with the first of first pointed frees in the half opened the scoring and a fine point from captain Caoimhe Costelloe had Limerick two points clear in the opening exchanges.

Offaly then found a run of three scores to lead 1-2 to 0-2 and still not five minutes played.

A Mulcahy hat-trick - the last from play - tied up the game in the eighth minute.

Then the scores dried up - Limerick with an 11-minute barren spell and Offaly 13-minutes without a score.

Limerick went close to goal just after the mid-point of the half but after a fine Laura Stack solo, Mulchay or Lisa Leonard couldn't find the space to squeeze the sliothar to the net.

A fine Costelloe point from the left sideline ended the Limerick drought but a trio of Siobhan Flannery frees had the Leinster side 1-6 to 0-6 clear with just under 10-minutes to half time.

Mulcahy added two further pointed frees to her tally but it was Offaly that held a two point interval lead.

Costelloe with her third fine score and another point from a Mulcahy placed ball tied the game up after five minutes of the restart.

Level for the fourth time, it was Limerick's chance to get back in front for the first time since the fourth minute but alas Offaly went on another scoring run.

Just as the game entered the final quarter, Limerick did get back in front - thanks to a fine goal from Rebecca Delee.

Limerick had just made a substitution which had pushed Delee from wing back to midfield and when she broke onto possession in the middle third she soloed straight at the heart of the defence to finish in style to the net.

Although Offaly lost free-taker Siobhan Flannery to injury, they battled back to level the game for a fifth time and with 10-minutes to play it was 1-12 each.

Seven minutes from time Arlene Watkins struck for an Offaly goal and it was 2-12 to 1-12.

Mulcahy, now at full forward, hit back for Limerick with a score from play and another from free.

With 90-seconds of normal time remaining the Ahane star had the game level with another free.

Then Limerick powered over the winning line with an injury time goal from Delee.

She added a point and Limerick were four point winners.