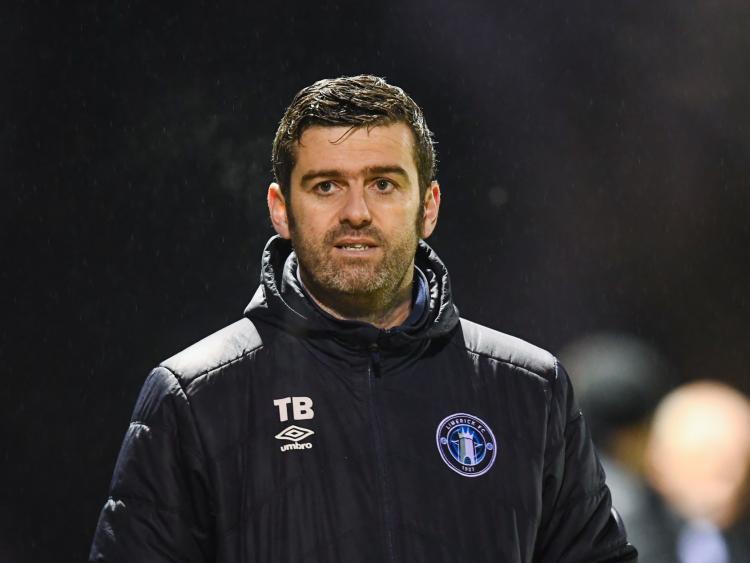 LIMERICK FC stretched their unbeaten run in the SSE Airtricty League First Division to five games after playing out a 0-0 draw with Wexford FC at Ferrycarrig Park on Friday night.

The game saw a welcome return to competitive action for Limerick winger William Fitzgerald who had been sidelined through the opening months of the season due to injury.

Fitzgerald was sprung from the substitutes' bench with a little over 10 minutes remaining as he replaced Lee Devitt.

Limerick have now taken 14 points from a possible 21 over their last season league fixtures. Tommy Barrett's charges now sit in fourth place in the First Division table, edging ahead of fifth-placed Cabinteely on goal difference, while the Blues enjoy a one point lead over sixth-placed Bray.

The SSE Airtricity League takes a break now for two weeks with Limerick FCs next fixture the glamour home fixture with table toppers Shelbourne at the Markets Field on Friday, June 28, 7.45pm.

Limerick edged the first half in terms of possession at Ferrycarrig Park, but both sides struggled to create much by way of clear goal-scoring opportunities.

The Blues came close to breaking the deadlock in the 59th minute when a free-kick from Kieran Hanlon almost deflected into the Wexford net.

Ten minutes from full-time, the visitors again came close to opening the scoring from a free-kick, only for Shane Tracy's well struck effort to flash inches over the crossbar.

Wexford too had their moments and Jack Doherty came close to grabbing a winner in the 86th minute after a flowing move only for an alert Jack Brady in the Limerick goal to gather possession.

Colm Walsh O'Loughlen missed Friday night's game due to an ankle injury, as did Andy Quaid while Tomas O'Connor was also an absentee due to sitting the Leaving Certificate exam.

Wexford had lost their four previous First Division fixtures prior to kick-off and it is now seven games since their last league win which came against Athlone in April.