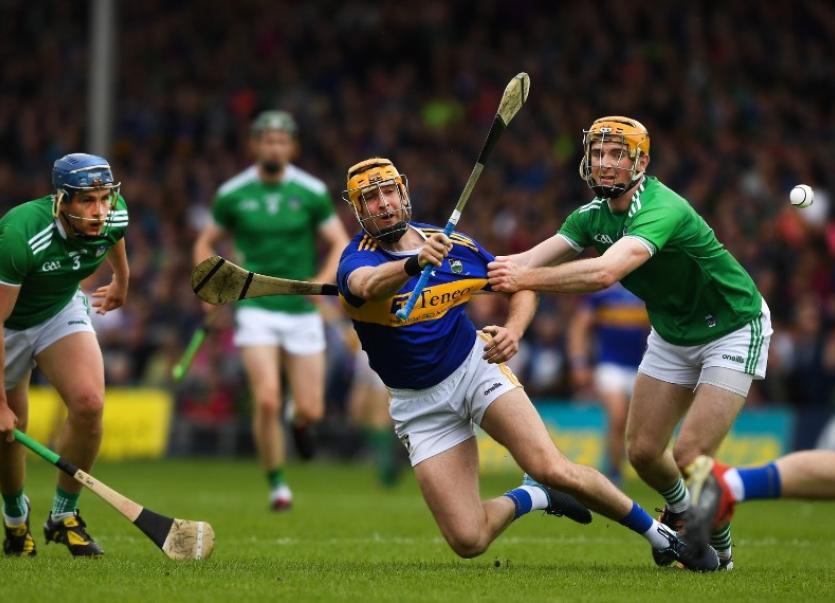 DEFEAT for Limerick against Tipperary in the Munster Senior Hurling Championship in Thurles.

Tipperary hit the front in the 12th minute and never looked back.

But the sides will have to do it all again as they meet in the Munster SHC final on Sunday June 30 with Limerick at home in the LIT Gaelic Grounds.

Watched by 39,115 Tipperary brought a huge intensity and physicality from the off and were good value for a 0-12 to 0-8 half time lead.

It was a half when the sides evenly shared 10 wides but crucially Limerick had just three points from play and two of those came in the opening six minutes.

Shane Dowling and Aaron Gillane opened the game's scoring with fine points from play and while it was the 12th minute before Tipperary opened their account from play, the Premier County were 0-3 to 0-2 at this point.

Once they found their range, Liam Sheedy's side hit five unanswered points to move 0-5 to 0-2 ahead and the game at the mid-point of the opening half.

Limerick were now 12-minutes without a score. Seamus Flanagan did go close to a 17th minute goal but Brian Hogan saved with his feet to deny the roving full forward.

A Gillane free ended the Limerick barren spell and when his Patrickswell club-mate Diarmaid Byrnes delightfully scored in the 21st minute it was a one-point game - 0-6 to 0-5.

Tipperary responded with another sequence of scoring - three-in-a-row this time and all of a sudden they were four points clear in the heavy rain of Semple Stadium.

A Gillane free interrupted their flow but the men in blue and gold continued to power forward and would end the half with seven different scores.

They lost Cathal Barrett and Patrick Maher to injury before half time but brought a four point lead into the half time dressing room.

Half time sub Graeme Mulcahy made an immediate impact and Limerick had the lead back to two points but then came a Seamus Callanan goal less than three minutes into the new half.

That had the lead out to five points for the first time.

Two Tom Morrissey points came in reply but Tipp kept the scoreboard working at the other end.

But when Jason Forde cut over his second lineball, the Tipp lead was back out to five points and 53-minutes played.

Limerick now had Mulcahy, Conor Boylan and Pat Ryan introduced as subs but continued to rely on Gillane frees for scores.

Cian Lynch was introduced and a third point from Morrissey and Limerick were again four points down and the game entering the final 10-minutes.

Conor Boylan and Pat Ryan has glimpses of goal but the necessary spark wasn't coming and Tipp's lead didn't go under four points.