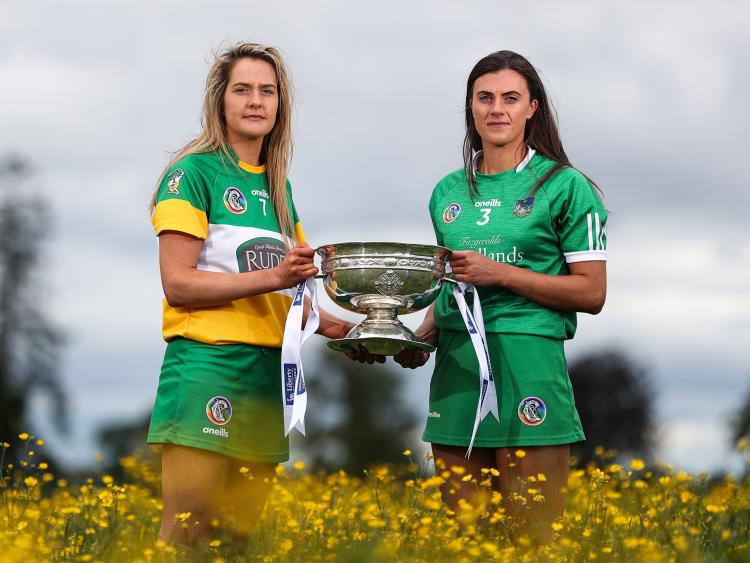 Triona McDonald of Offaly and Muireann Creamer of Limerick at the championship launch Pic: ©INPHO/Dan Sheridan

THE Limerick Senior camogie side begin their Liberty Insurance All-Ireland Senior Camogie Championship this Saturday (5pm) when they play Offaly in the LIT Gaelic Grounds.

Limerick will be looking to advance to the knockout stages of the All-Ireland championship for the first time after their promotion up to the senior ranks with intermediate title success in Croke Park in 2014.

Earlier this year Limerick beat Offaly in the league as Declan Nash’s reached a league semi final, where they suffered a disappointing loss to Galway.

Saturday will be the first championship meeting between the teams since 2017 when the Leinster side were winners in the Gaelic Grounds.

After the Offaly tie, Limerick have another home game on June 29/30 against Wexford and then two away games; Galway (July 6/7) and Kilkenny (July 20/21).

Three teams out of the five will reach the knockout stages.